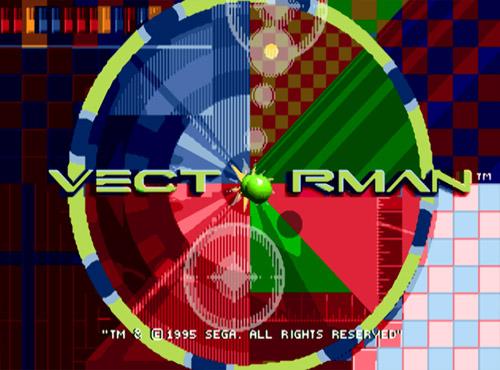 Hello and welcome to today’s ‘Boss Attack’ where I go through the best and worst of yesteryears Sega bosses. Now Vectorman is a game that’s instantly recognisable to any long time Sega fan yet for some odd reason he seems to be ignored by the gaming populace as a whole. It’s a shame because while there were only two games (with the sequel only being released in North America) both of which were fantastic run and gun experiences.

But you didn’t come here for a review, you came here to read about the best boss battles this game has to offer. And it has quite a few so I’ll leave the introduction here and see you after the jump for my take on Vectorman‘s boss battles.

The first boss of the game is actually very most out of place. That’s because the game uses pre rendered 3D graphics (not unlike Donkey Kong Country) for all the sprites and enemies. However the first boss is just a helicopter who’s 2D sprites looks weirdly off considering everything you’ve seen so far has been in one style. The boss itself is nothing special, you just fire at it when it’s hatch opens. But I always thought it was strange considering all the other bosses are pre rendered 3D characters, but the game starts off with a 2D sprite boss. 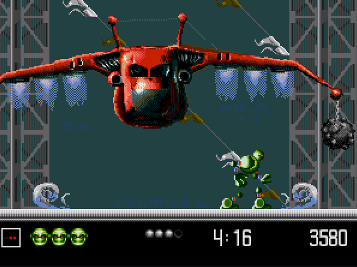 Next up is a recurring boss who appears all throughout the game. Intact it’s the final boss ‘War-Head’ who you fight on a train track in the middle of nowhere. These sections of the game have nothing to do with the main gameplay and are an odd diversion. But I like the way they kind of build up the last boss by having you fight different parts of him. Including later on in the game where you fight his disembodied head in a disco. Yeah it’s crazy. 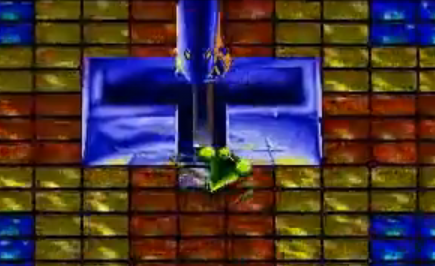 The next real boss of the game however resides in the firth stage. After spending an entire level underwater you’d be glad to hear that this levels boss at least spares you from having to fight it under the surface. The boss starts off as a bird who flies around the top of the screen and drop bombs. So far so good, but for some odd reason he morphs into a polar bear. Right. For some reason a lot of bosses in this game can morph which granted is a little frustrating at times, but it’s cool to see the various pixels taking a new form. Overall it’s an al-right for an obligatory water stage. And considering water stage bosses it could be a lot worse. 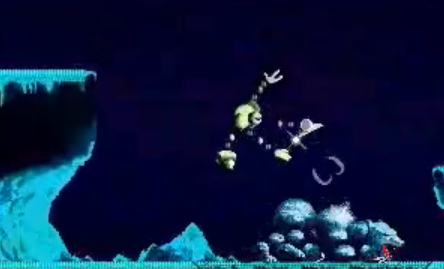 So I have to make a confession here. I have no idea what half of these bosses are meant to be. It’s hard to even explain what the next boss looks like. It’s a robot with a dome head which rides on an egg and spews bombs at you. It’s kind of out there as far as bosses go but trust me when I say it’s just plain strange to describe. 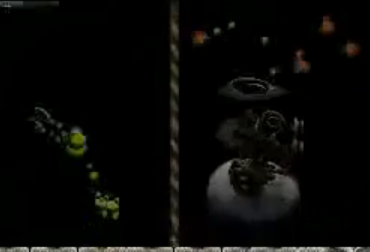 What is that? Answers on a postcard.

One boss that I do like a lot is the boss of stage 9. These are a group of tiny guys who form one big thing and then attacks you. I like this boss because it has various forms and shows off some of the great 3D animation these graphics were capable of. It is a bit on the easy side though so you might not get to see all this boss has to offer but it is a fun little fight. 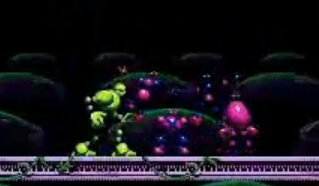 The next bosses you encounter is actually quite irritating because you have to beat three bosses to finish the level. The first one is just a pair of generic robot legs that fly about for a bit, but the second is an annoying robot fish hooked up on speed. He moves incredibly fast and is frustratingly hard when you’re low on energy. Which you will be because of the stage itself and the previous boss. And then you have to beat the gorilla robot boss. Or at least I think it is, it’s hard to tell. Either way this trio is annoying and just plain bullshit. Three bosses in a row? Come on game, throw me a bone. Or at least some health. 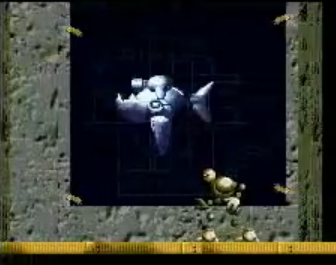 And finally we reach our climax. All this way, past waves of 3D bosses we have finally made it to War-Head. Hell the whole game he’s been attacking you so it’s quite a big bit of build-up to finally fight this guy. And I’m very happy to say he does not disappoint. For starters you fight him in a tornado with a bunch of junk flying at you. The level itself is also hard as hell so you better hope you still have some extra lives on you. After you make it to the top of the screen you can stand on rooftops and shoot repeatedly at him. Fall off and you have to fight your way back to the top, dodging more junk again.

Finally once you’ve blasted off his face in tiny pieces he explodes and the world is safe. Until Vectorman 2 at least. Did I mention how awesome the music in this game is yet? Because the techno inspired soundtrack definitely ramps itself up for this finale. Basically everything adds up to make a great end-boss and there’s nothing more you could want from that. 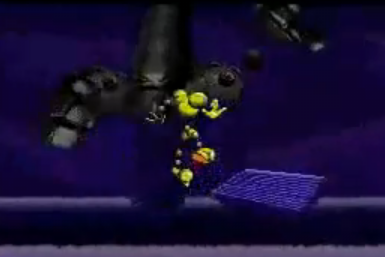 So those were the bosses of Vectorman for you. A mixed bag overall of weird and cool. For the time the animation was mind blowing, and it actually holds up today. The style is fluid and it has a great presentation. If this run down of the bosses has made you nostalgic then there’s no worry, because it’s just as good as you remember it. Probably.