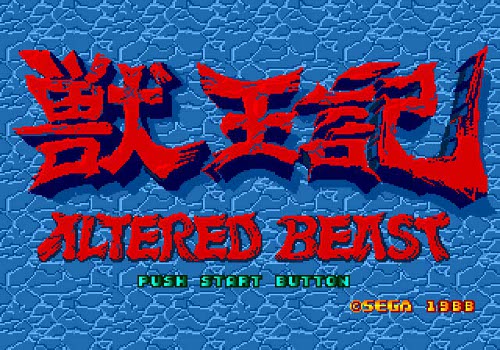 Throughout the previous articles in this section, there’s been one common theme throughout all the games I’ve talked about. They’ve all been good. That’s right I do not think too kindly of Altered Beast. It has awful controls, boring design and is just plain bad. Now you may ask me why I’m going to be talking about bosses from a game I hate. Simple: They’re weird as hell and are at least worth making fun of.

Don’t believe me? Hit the jump to hear about the weirdest selection of bosses this side of Earthworm Jim.

So the firsy boss of Altered Beast is pretty much one of the most iconic and memorable bosses on the Sega Mega Drive. I don’t know if this is because it was a pack in game and everyone only got to the first level, but none the less it is pretty weird. Basically he’s a giant monster who fills the enter right half of the screen. Also he throws his faces at you. Smug faces. Since he’s the first boss you don’t even need to beat him in a special way. Just keep hitting him until you win and continue.

What a shit eating grin.

Before I continue with the other bosses I want to mention that technically these bosses are all the same dude. There’s some guy who follows you, occasionally throwing lightening at you then transforming into a creature at the end. Although the end credits lead me to believe that these guys are all different people (by having a picture of them all in a group shot), they just all look and dress completely the same. Just a weird detail I thought I’d add. Whatever, onto boss #2

The second boss is a plant that has tons of eyes on it. This is just as strange as with the last boss, it throws it’s body parts at you. The eyes scatter the screen and stop only when you fire at them. This may sound harder than it sounds because at this point in the game you are a dragon who can do a shock attack and fly forever. You can pretty much just spam this and get away with it making the second boss another weird yet easy encounter. 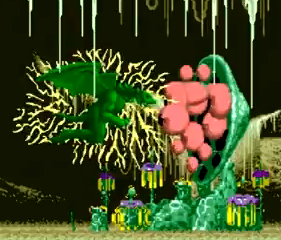 In the next boss you take the form of a giant furry (yeah not only is this game filled with latent homosexuality but it also has a furry subtext). This is probably the only part of the game where you look more creepy than the actual foe you’re up against as boss #3 is just a standard dragon type fire boss. Well one that can’t move it’s body. If you think about it this boss is a paraplegic who can only move from his neck up. You can only really harm it when you’ve pushed it’s neck out of the rest of his body. Pretty lame if you ask me. This boss actually makes me feel bad for beating up a dragon whose otherwise defenceless. That’s how lame it is. 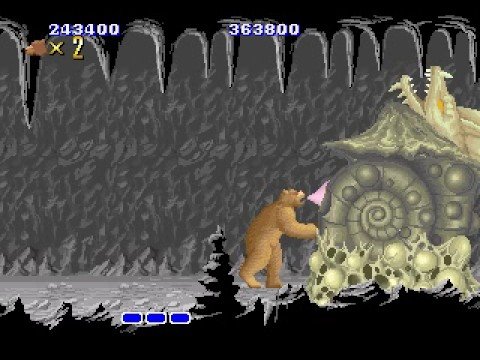 The penultimate boss is up next and is probably the most surreal in the game. And in a game in which we’ve had eye spewing vagina monsters, massive monsters who throw their faces at you, and a stillborn dragon, that’s saying something. This boss is a baby lizard who floats around while giving birth to fireballs. Or at least that’s what it looks like. The annoying thing about this guy is that he takes ages to beat and I’m never sure if he’s taking any damage or not. Like all the other bosses he only has one attack. One annoying attack which he spams constantly. At least he’s visually interesting though in an “what the hell am I even looking at kind of way”. 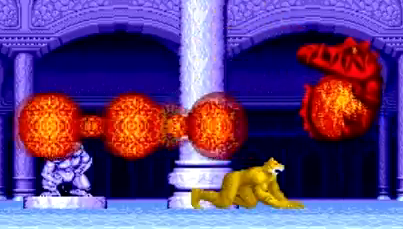 But alas as I am writing I realise that reading this is probably as fun as playing the actual game. So stay with me as I introduce the end boss. An epic boss to this poetic greek drama. A character to define bosses. A character who takes centre stage in this glorious finale. Ladies and gentlemen, I give you the final boss: 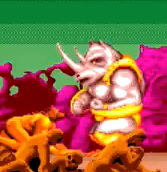 Yeah it’s just a generic animal boss. This guy just looks like a pathetic Ninja Turtles bad guy. Fuck this game. Seriously? We’ve had these weird, absurd bosses and then the game gives us this as the exciting climax? Such a let down. He’s not even hard, just cheap. Hell the pink unicorn soldiers from the same level are more exciting than this (actually they are pretty awesome). Either way you get the point. A bad generic end fight to a bad game.

Anyway I’ll stop here before I start to sound like one of them awful youtube ‘bad game’ reviewers. I hope you enjoyed this (admittedly terrible) article and I’ll see you next time for more boss talk, hopefully from a game that deserves it.