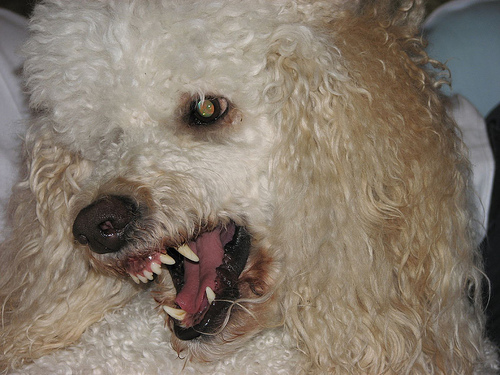 Before dropping out of the console business, it seems that Sega was interested in pitching ideas to Fable creator Peter Molyneux.  Earlier this week, Molyneux revealed how Sega of Japan’s president visited his house in 1997.  Sega was visiting in hopes of pitching ideas for their hardware.  Also present at the meeting was the poodle of Molyneux’s housekeeper.  During the pitch, Molyneux noticed Sega’s president acting in a strange manner.

None of us knew what the hell was going on. Then I looked under the table…(The poodle) had – how do I put this delicately? – become ‘over excited’ on the Sega man’s leg. There were fluids involved.

I feel terrible that Sega’s president had to endure such an embarrassing moment.  Do you think the poodle became excited after overhearing talk of the Dreamcast?