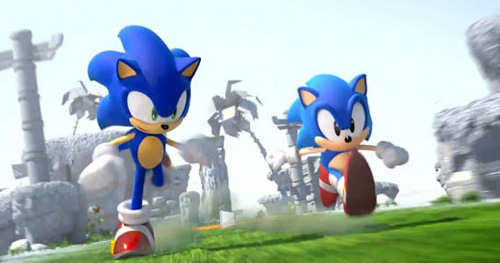 Here at Sega Addicts towers we get a lot of mail from various interesting people. Sometimes we’ll get ancient scrolls or Mayan templates. But today I have something much better. A fellow who I definitely do not know by the name of Zach Phillips has sent me the biggest journalist scoop, a journalist who scoops could scoop for. A scoop about Sonic Generations.

So what is this amazing Sonic Generations scoop? What has it got to do with me? And just who is this mysterious Zach Phillips, and what does he suspect about the much anticipated game? Well hit the jump to read word for word what this letter I have translated, (it was written in a new language that no one knows about yet) says. Do that and be enlightened forever.

There has been quite a lot of buzz surrounding Sega and the Sonic franchise as of late. While the heavily hyped Sonic Generations is clearly in the spotlight. But what Sega wants you to wonder about and want more of is obviously the plot. Something they are being pretty quiet about. Especially about how the overall story of the game will tie into the Sonic series time-line. And while it may seem that Sega is being pretty tight-lipped about the plot details surrounding the game, they are being even more silent about anything concerning Sonic the Hedgehog 4: Episode 2, and this is not without reason.

If you were waiting through E3 for a big Sonic Generations announcement, then look no further as I have this exclusive Sonic Generations plot reveal that no one but me knows about. But before we can get to that we have to start elsewhere.

Sonic the Hedgehog 4: Episode 1 was released last year with mixed reactions. Some praised it as a return to Sonic’s former glory, while others lashed out against it and hated the changes it made to the classic Sonic gameplay formula. No matter which stand you took on the matter, the one question everyone was left asking was “When will Sega announce Episode II?” But for Sega, it was not a matter of if or when Episode II will be shown off to the public, but a matter of how.

After seeing the very polarizing opinions and reactions to Episode I, what could Sega do that would both retain what fans liked about the modern additions that Sonic 4 brought in, while winning back the fans who felt like they were betrayed and forgotten about with Episode I?

The solution at the time was not so simple. There just seemed to be no way to please fans of the modern games and fans of the original games, these two generations of gamers had two very different sets of expectations of what a sonic game needed to be.

Though this is not known for sure, it is believed that during pre-poduction of the as yet unannounced Episode II, that someone at Sega took note of Capcom’s marketing strategy for Dead Rising 2. If it is possible to successfully market a retail title with the Case Zero downloadable game, why couldn’t the opposite apply as well? Build hype for a downloadable title with a full on retail game preceding it.

Once it was decided that Sega would develop one Sonic title to bring in players from both generations of fans, Sonic Generations was aptly named and born. The only question left to be answered now was “Can it escape the Sonic Cycle?” 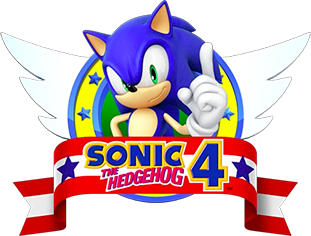 While you may be thinking that it’s too soon to tell if a game is good before it’s ready to ship, (and you’d be correct about that) you wouldn’t be entirely right. The simplest answer is no. Sonic Generations will not be the game to break the Sonic cycle. But fear not because even though it won’t break the cycle does not mean it is a bad thing. In fact, Sega did not set out to break the cycle with this game, instead they decided to embrace the cycle and bring it into the series canon.

You heard me right the Sonic Cycle is now an official part of Sonic lore.

I know it sounds crazy but trust me, Sega knows what they are doing. Being the narrative masters that they are, and having previously dealt with time travel, a few times before Sega has carefully created a story for Sonic Generations that will lead up to the events taking place in Sonic 4: Episode II. As the game progresses, players will take control of both retro and modern flavored versions of Sonic.

The two characters will interact and help each other overcome great obstacles as the game goes on, living and learning from each other. And while I won’t go into much depth about the exact plot for fear of spoiling the game for you, I will tell you this; By the end of the game Modern Sonic learns some very important lessons about believing in himself, and never forgetting the things you do to get where you are. While at the same time the old Sonic also learns from his future self about the importance of friendship.

After a heartfelt good bye, exchanged between the two Sonic’s at the end of their journey, Modern Sonic returns to his time, leaving Classic Sonic behind. Missing the friend he made within himself that day, and starting his never ending quest to fill that empty spot in his heart with a countless amount of new friends he will meet everywhere he goes, starting the cycle.

Meanwhile Modern Sonic, thinking about everything he has just learned from his former self about independence and relying on yourself to overcome any challenge put in front of you, puts him in the perfect position to break the cycle he has unknowingly started within his past.

Will this marketing strategy pay off in Sega’s favor? Is it necessary to make a full retail game to bring in old fans, and get more people interested in the next episode of your downloadable series? Only time will tell, but what we can tell you is that everybody I am very excited to see how both Sonic Generations and Sonic 4: Episode II turn out.

Woah. What an exclusive scoop! But who just is this guy, and was he telling the truth? Does he really know these facts, or is he some sort of shadowy government agent? Will I ever stop asking rhetorical questions?