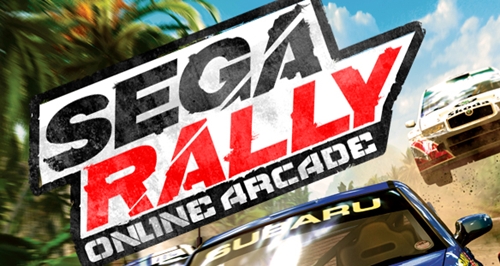 If there’s one thing I know for a fact about Sega, it’s that they can make a damn good racing game. Sure, they’ll have a clunker or two occasionally, like Super Monaco GP II, or Sonic R, but for the most part, they’re one of the best in the world at racing games, especially arcade style games. And one of their most celebrated racing franchises has been Sega Rally.

And now, the famous series has hit the PS3 and 360. Does it live up to the series’ legacy? Find out after the jump! 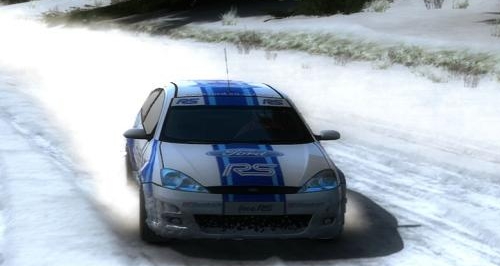 Firstly, the graphics. As a whole, the game looks good. WRC cars look faithful to their real world counterparts, or as close as Sega could get with copyrights and such, and the tracks look great. The various effects like water and mud look good as well.

Sadly, the fantasy cars don’t exactly look that great, and don’t fit in that well with the real cars either. There’s a couple graphical hangups going as well, such as wheels not moving when you’re going at full speed. And some of the tracks are a little too decorated, messing with your perception of where corners are. 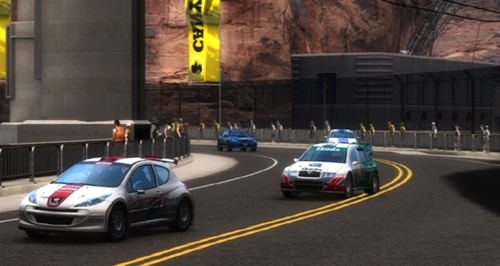 The sound is, honestly, disappointing. Cars sound fine, and the ambient sound is good enough, but the navigator, while acted well, is inconsistent and annoying in terms of how he’s programmed.

But the most disappointing part of all is the music. We know how much I love Sega music for being memorable and fun, but none of the music in this, save for the desert level’s, was either of those. It was just very generic and forgettable, something that disappointed me greatly. Even worse, the game doesn’t support custom soundtracks, so you’re stuck with it unless you get the weird no-sound glitch I experienced one evening. 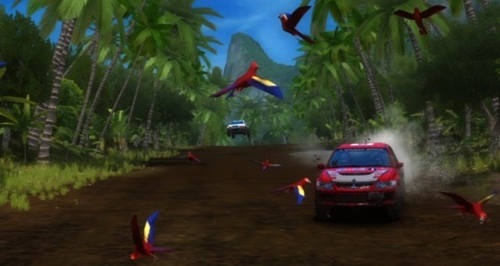 But, here’s the saving grace of the game: the gameplay itself. This game is just fun, flat out. For the most part, track layouts are very well done, and all the cars drive well, although the parity between the real life WRC cars and the fantasy rides could’ve been handled better. If you’re a time-attack junkie like myself, you’re never going to use the other cars once you unlock the Icelandic Racer, which is a shame, as I’d far rather use the Lancia or the Focus (two of my favorite rally cars of all time)

But for the most part, it’s a fun, addictive game, and honestly, I find it thousands of times more fun than my beloved Gran Turismo 5’s rally segments. 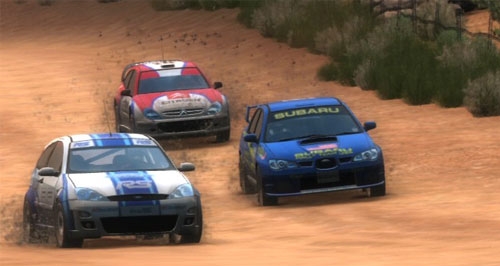 Which leads me to my biggest issue with this game. Sure, it’s very fun, but it’s very, very bare bones as well. Sure, I’ve spent the past week or so going over the game with a fine-tooth comb, time-attacking constantly (top 10 on each track!) and such, but honestly, I could’ve called it a day after about three hours of playing if I wanted to.

After you’ve done a couple championship mode runs and unlocked all the cars, there’s really nothing left to do except the occasional quick race or time trial. Aside from the slight increase in speed between the fantasy cars and WRC cars, there’s no real difference in how the cars handle that I can work out, the five tracks, while well designed, will start to get boring after awhile, and going up in difficulty level doesn’t really increase the challenge at all. If you’ve got the basics down, you’re still going to breeze through every race.

And sure, the online runs very smoothly, and in my experiences I had no lag or slowdown issues to speak of, but good luck finding a match. There’s usually no game sessions open, and in fact, I had to go to a PS3 trophy boosting site just to find someone to run a few races with for this review. I guess by the time I got my hands on this game, everyone who bought it already beat it and forgot about it. 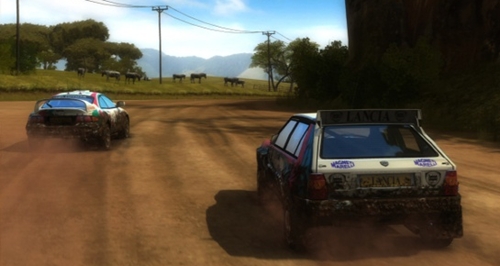 So, in a nutshell, it’s very good, but at the same time, being held back from it’s true potential. What could be one of the very best arcade racers on the Playstation 3 is just generally lacking. Would I recommend getting it? Absolutely, but not right now. Rather, in the future, when Sega does an inevitable price drop. I feel like nine bucks for a game most would only play for about three or four hours just isn’t a good bargain, and your money would best be spent elsewhere for now.