Last year’s Virtua Tennis 4 was a great entry in Sega’s popular tennis series. It continued the mix of semi-realism and arcade-style gameplay while adding some new ideas and quirky touches that made it stand out from previous iterations.

Virtua Tennis 4: World Tour is Sega’s initial release on Sony’s impressive new handheld and with the pick-up-and-play controls and short simple matches, Virtua Tennis seems like a great fit. Did Virtua Tennis 4 make the transition to the Vita intact and is there enough there to justify a second purchase by Virtua Tennis 4 fans?

Hit the jump to find out. 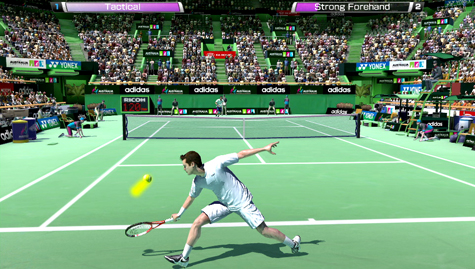 First off, Virtua Tennis 4 made the transition to Vita nearly flawlessly. The bright colorful visuals look amazing on the Vita screen, the controls are arcade-perfect, and the modes and gameplay are exactly like you remember it with some Vita exclusives. If you played the original game and want more of the same in your pocket, this is for you.

When I mentioned that the game looked amazing I wasn’t exaggerating. While games like Uncharted try and push the Vita to its limit, I found Virtua Tennis to actually show off the hardware much better. The bright greens and oranges look extremely crisp and pop off the screen without any noticeable downgrade from the console game. The courts and players look great and the little details, like the ball boys running out and picking up tennis balls between games, really add to the experience. While it’s been about a year since I played the home console version, I can’t remember the game looking much better than it does on the Vita and that’s pretty amazing for a launch game. I can only imagine what Vita games will be capable of a year or two from now. 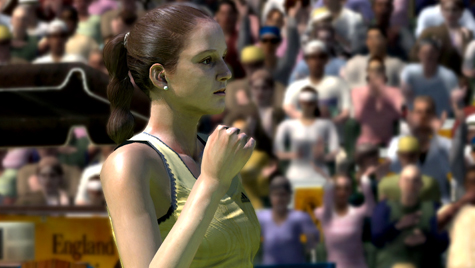 The gameplay in World Tour is everything you expect from Virtua Tennis. Arcade type controls with a few hit options and timing playing an important role in their effect. It’s simple, yet elegant, and not once did I curse the controls for a lost point or missed shot. After a few matches the controls feel incredibly natural and become second nature, giving you the ability to focus on your strategy. It’s important to note that even though the controls are simple and easy to pick up, this can be a very deep game and the various difficulty modes will make sure that nearly everyone will find some type of challenge.

The most impressive addition to the Virtua Tennis series in the fourth game was the single player campaign mode and it’s completely intact here. Taking the form of a board game you draw random cards, which determine how many places you move each turn. Each spot on the board has some type of event that occurs whether it is a practice match, tournament, mini-game, charity event, fan-building event, and more. It’s an extremely satisfying way to go through your career as you balance resting with practicing and gaining fame while choosing the best route to accomplish your goals. You’ll go through a total of four boards each representing a season and ending with a major tournament. There’s also a fifth bonus board if you do well enough in the initial four. It’s an extremely addictive design choice and it shines even more on the Vita with that “just one more turn” appeal as almost all events only take a matter of minutes to complete. 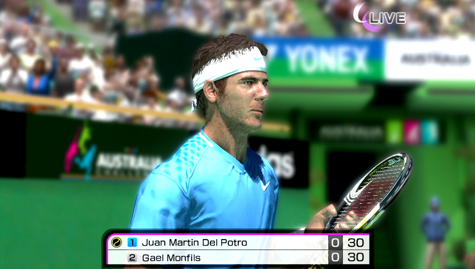 The campaign mode will probably be where players will spend most of their time but Sega has included several other modes, as well. There’s the classic arcade mode that has you challenging a series of tennis players, a mode to play various Vita exclusive minigames, and multiplayer. Speaking of which, multiplayer worked flawlessly for me the few times I tried it. If you don’t find an opponent instantly you’ll start facing off a computer opponent until an online one arrives. Every time I found someone right after my first match and didn’t have any problems with lag.

As for that Vita exclusive goodness, there’s not much to talk about. The most interesting feature is the ability to take a photo of yourself with the Vita’s camera and make a custom player. It takes some finagling with colors and saturation but it looks extremely good after you edit it a little bit. It’s almost creepy how much your virtual avatar may look like you and Sega has even implemented animations to make your player blink, look around, and show various emotions. Uncanny valley, here we are. 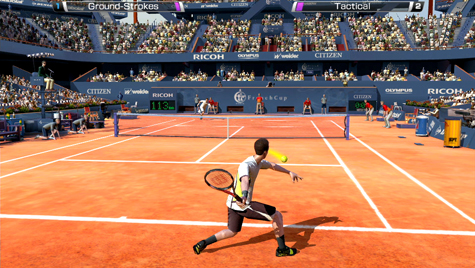 The other Vita stuff isn’t so hot. There’s touchscreen controls that are always available that work but never feel better or more effective than just using the buttons. There’s a pong like two-player on one system mini-game, a virtual reality first-person mode, and a mini-game that utilizes the tilt feature. None of these additions are bad necessarily but they’re pretty much a one-time and you’ve seen it all kind of thing.

In conclusion, Virtua Tennis 4: World Tour is an impressive first outing on the Vita. Already we’re able to see just what the Vita is capable of and the gameplay is a perfect fit for a portable system. If you’ve never played the most recent game in the series or you’re looking for more tennis action on a portable device this is a game to get. It’s easily the best game in the series and the best launch game I’ve played on the Vita so far. 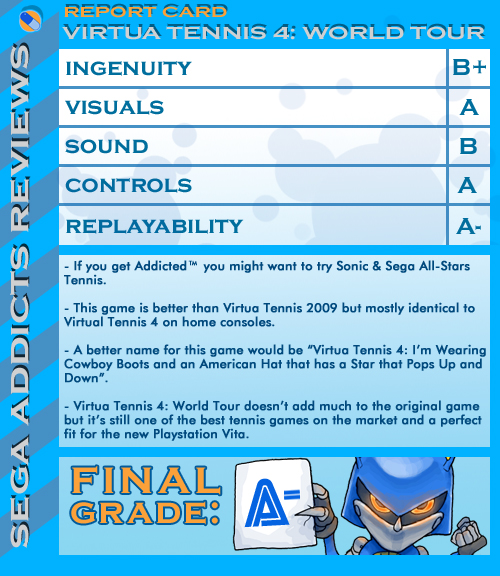