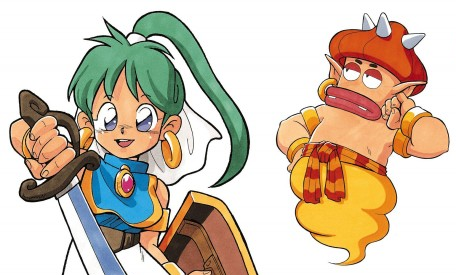 A recent interview held by Italian gaming website Outcast.it with Wonder Boy/ Monster Land creator and developer Ryuchi Nishizawa shines some light on the origins of the original Wonder Boy in Monster Land, the Japanese exclusivity of Monster World IV and whether or not we will see a Monster World II & Wonder Boy III Vintage collection in the future. Don’t be alarmed to see a screen of Italian when accessing the interview, dear Sega Addicts, juts scroll down the page for the English translation.

When asked about a potential Monster World V he commented that he has his sights set on the increasingly popular Kick Starter projects and may consider starting one of his own if enough interest is generated on his recently created Monster World Facebook page. I know you Sega Addicts were a little bummed to see the omission of Wonder Boy III from the Sega Vintage Collection: Monster World, but what about a Monster World V? Let us know in the comments below!

Sega looking to “re-imagine” one of their “beloved IP’s”