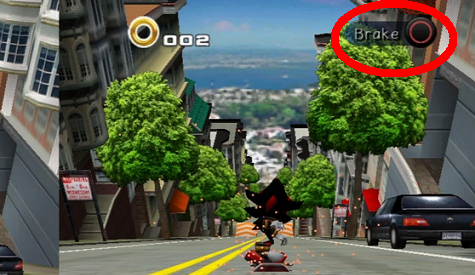 Oh boy, oh boy, oh boy! Hopefully you’ll remember our report on a leaked list of upcoming XBLA games as well as the release of Sonic Adventure 2 avatar items on XBLA which were both solid indicators of Sonic’s second adventure in a truly 3D environment being released on XBLA. Well, a future XBLA release of Sonic Adventure 2 has been confirmed via its recent addition to the XBLA web-based marketplace.

From the description and available screenshots it would seem that not only will the game be in HD, with online leaderboards, but will also feature the head-to-head two player gameplay from the game’s enhanced GameCube iteration, Sonic Adventure 2: Battle. In the image above, which has been cropped, braking is clearly shown to be carried out by the circle button… Gasp! Perhaps this indicates a PSN release? Unfortunately, no further details have been given and with a scheduled release of October 3rd 2012, there’s no real rush to get them. Nevertheless, this is exciting news for Sonic Adventure 2 fans like myself begging for a reason to play the game once more. Lets us know your thoughts in the comments below!

NiGHTS and Sonic HD it up in October