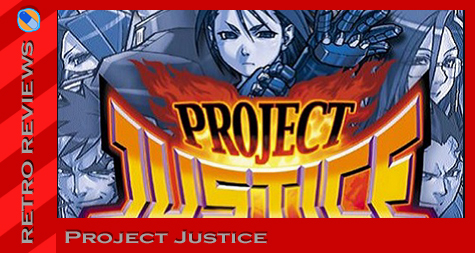 Like I have mentioned before, Rival Schools is a franchise so neglected that it makes Darkstalkers look like it has over-saturated the market. This is a shame because until Street Fighter 4 came along, Project Justice (the sequel to the arcade smash Rival Schools) was probably Capcom’s finest fighting game.

Full disclosure: This is going to more of a love letter than a review. Anything bad I have to say about Project Justice is an unavoidable consequence of how awesome it is. 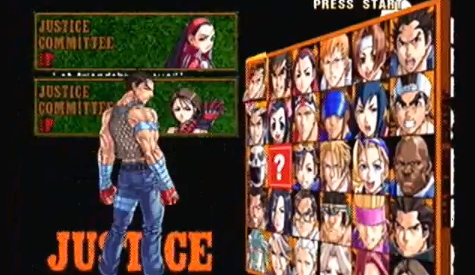 Reviewer Perspective: Long time fan of the series and the genre

Project Justice is the sequel to Rival Schools, a quirky Street Fighter Alpha spin-off that appeared in arcades and on the Playstation back when polygon fighters composed of no more than 50 triangles was considered acceptable. The plot is as simple as it is wacky: In Rival Schools, gifted students from various local High Schools were disappearing and students at each school affected launched an investigation. Predictably, their investigative method was less Socratic and more ‘beat each other into a pulp’. At the end of the game, the evil doers at Justice High School were revealed (or not), beaten (literally), and things went back to normal.

In Project Justice, a year has gone by and things have returned to normal. Without warning, it appears that Batsu, the hero of the original game, has begun beating up students from rival schools. Students from each school effected launch an investigation that involves…you guessed it, beating each other up. Oh Japan. Most of the characters from the first game return but Sakura, of Street Fighter Alpha 2 fame, is a notable omission.

Okay, the story is not deep but it serves as an excellent vehicle for getting together a large cast of disparate characters and lends itself naturally to the ‘Team-work’ theme of the game. In the main story mode, you control preset teams comprised of students from the same school who more or less work together with synergy. For instance, Pacific High School is full of elitist rich kids who fight with grace and power. Gorin Highschool is full of jocks and sports nuts who fight with skills they learned in baseball and soccer. It’s kind of like Street Fighter and the Japanese cartoon Ranma 1/2 had a love child. 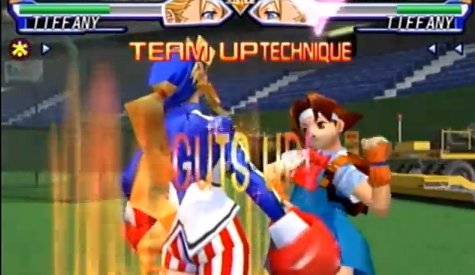 Additionally, the multiple school aspect of the game creates a lot of replay value. Playing through the game with each school nets you a slightly different take on the main story. Add this to branching story lines where you choose to follow specific members as their teams split up or are added to and you have a fighting game with some serious 1-player appeal. If playing by yourself is not your thing, Project Justice also has a robust 2-player set-up with drop in/out gameplay, an arcade mode, and tournament settings. Capcom was very much aware of the row of controller ports on the Dreamcast.

Speaking of controller ports, let’s look at the gameplay. Real quick blurb here: This game controls almost exactly like a Street Fighter Alpha game. The inputs and moves are almost exactly the same. There are a few additions here and there to accommodate 3D dodging and what not but this is not a game that re-invented the wheel when it came to the control scheme. It must be said, however, that this game is not at all comfortable to play with the stock Dreamcast controller. It can be done but it will never be pretty. The analog stick is just not accurate enough to replace a D-pad and the D-pad is going to shred your thumb every time you throw a fireball (or baseball). To get the most out of this game, a decent arcade stick or an adapter to hook up a Sega Saturn controller is almost a must.

Let me back up: Project Justice mostly did not re-invent the wheel. The basic moves are lifted straight up from Street Fighter Alpha and the EX series. Project Justice’s 3 player teams, however, were quite a bit different from what had been done before. The idea of a team of three was not brand new (a little known game Marvel vs Capcom 2 had featured it a year earlier) but Project Justice’s execution of the idea was very unique. Each fighter is a self contained warrior. Moves, specials, and supers abound. However, as you choose your team, you are also choosing characters that will augment your other fighters by lending them unique openers to their team-up attack. Some openers are short ranged, some long, some fast, some slow. Matching characters who work together well is important. The game also features a risk-and-reward system where you can interrupt your opponent’s team-up attacks by sacrificing one of your own supers. A third member of both parties will jump in and scuffle to see if the attack goes off or not. This adds yet another layer to the strategy of picking characters with good synergy. 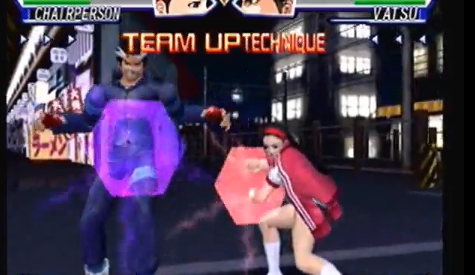 Like almost all Naomi era Capcom fighters, Project Justice still looks good even after over ten years. The character models are cartoony but detailed enough to be eye catching and the entire game is awash in bright colors. This is a game that is easy on the eyes and I don’t see that going away any time soon.

Likewise, the music is still quite good. Sadly, there are not nearly as many memorable songs as the original Rival Schools had but you shouldn’t ever find yourself muting the TV in favor of your own tunes.

Project Justice is simply one of the most polished and fun fighting games on the Dreamcast. However, it is not an easy one to find. Remember how Capcom released this thing after the Dreamcast was already done for? Yeah, the printing presses were not cranking out copies of this game in the millions. It is not a rare game to be sure but it is uncommon enough that you will be churning out some money for a decent copy. As a result, Project Justice is not nearly so popular or well known a game as it should be. Those who are aware of it are die-hard fans though. As a game with Street Fighter pedigree, amazing production values for both single and multiple player game play, and timeless visual assets, Project Justice is one of the finest games on the Dreamcast. 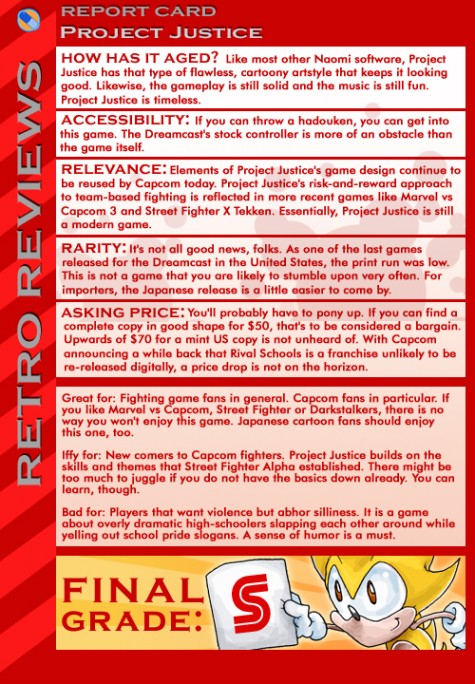 Sega vs Capcom, Part XX: I Whip My Hair Back and Forth!