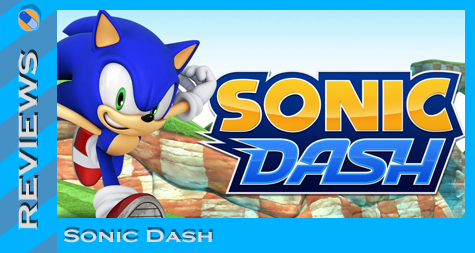 Putting Sonic the Hedgehog in an “endless runner” game is probably the most logical idea to arrive on the smart phone marketplace. Running at break-neck speeds for over 2 decades, it almost feels like Sonic has been going through endless runner games since the Genesis days. Sonic Dash, however, does some things differently from the other endless runners, and copies some ideas where it should. Do these ideas fare well with the game overall? Or should you just go back to Temple Run? Hit that spring jump to find out.

Sonic Dash is simple and fun. The camera is behind everyone’s favorite blue rodent for the game, and you must avoid badniks, rows of spikes, and other objects. The game controls with only swiping and tapping. You swipe left and right to sidestep in those respective directions, swipe up to jump, and swipe down to spin dash. Some objects in the game are tall and restrict your vision, while others can be avoided by spin dashing underneath them. There are also moments following a spring jump where you will swipe in one of four directions to perform mid-air tricks for the sake of racking up points. 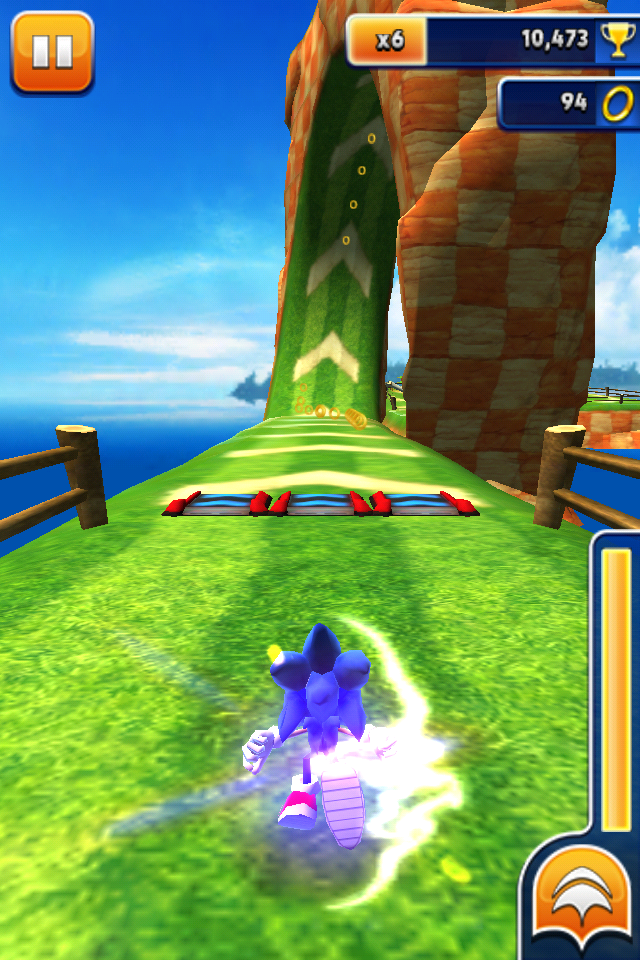 At first, the overall game feels like a different take on the special stages from Sonic the Hedgehog 2. Going over hills can be exciting as you wonder what waits you over one, or it can be aggravating when you suddenly smash into an enemy you had no way of preparing for. However, since you are collecting power rings as your life source, enemies do not pose as much of a threat. Games like Temple Run go with the “one-hit-kill,” theme, which definitely adds to the suspense, or frustration, depending on how you look at it. Sonic Dash is a bit more forgiving with power rings as a life source.

The only time I felt Sonic Dash was unfair was the first time I had to clear a large gap by first jumping and then homing in on a giant fish badnik. The screen prompted me to swipe upwards when the fish appeared, so I did so and then fell to my death. When the upward swipe prompt appears, so does a target on the fish, which you are supposed to tap (or tap anywhere on the screen) to attack the badnik and then land on the ground ahead of you. This felt unclear at first, since the only controls prior to this were constant swipes. But it was really a minor thing. 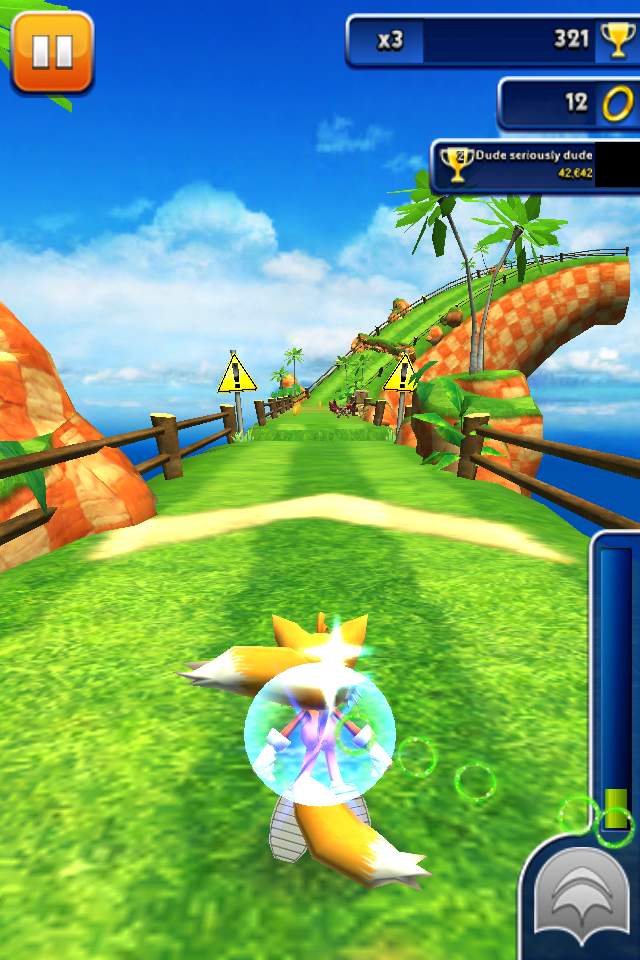 The visuals of Sonic Dash fall in between Sonic Rush boss battles and Sonic Generations. I understand that is a large gap, but the game really does impress with its graphics for a smart phone game. There are only 2 different areas in Sonic Dash, but I don’t feel that scenery variety is a major issue in a game as fast-paced as this. Rarely did I encounter any slowdown on my iPhone 4, even though this game would most likely run even smoother on the most recent smart phones. If I had a bit more freedom of movement, I would almost feel as if I was actually playing Sonic Generations again.

Besides playing as Sonic, you can unlock Tails, Amy, and Knuckles. You do this by earning red rings. This is where my impression of the game dropped drastically though, which was unexpected to be honest. When I first started the game, I immediately had my incentive set to play as Knuckles (he’s my favorite Sonic character). 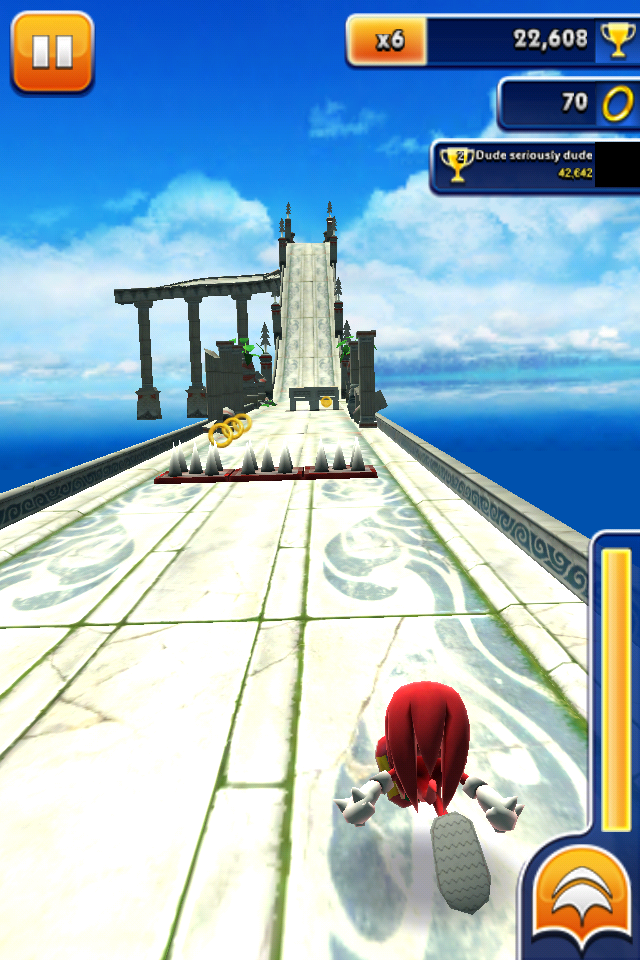 Red rings are unlocked through completing challenges in the game including such goals as running a certain distance, killing a certain amount of badniks consecutively, or sharing your game progress on Twitter and “liking,” Sega on Facebook. All of these seem fair enough, and earn you one red ring each. However, extra characters are unlocked with amounts ranging from 30 to 60 red rings. These requirements are absolutely absurd. I have played the game for an accumulated time of nearly 3 hours and have unlocked only 5 red rings on my own power. How else can you unlock red rings? You buy them with actual money. I was determined to see if Tails or Knuckles could use their abilities during the game for an advantage, so I actually coughed up some cash towards red rings. 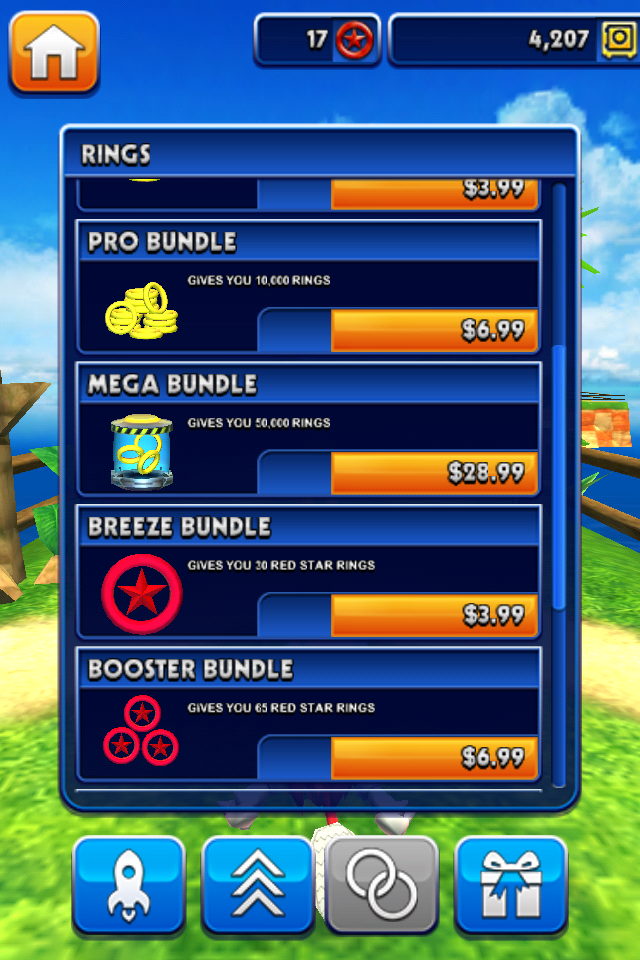 Was the purchase of red rings worth it? No – absolutely not. Knuckles, Tails, and Amy are just re-skins of Sonic. You cannot fly with Tails, or glide with Knuckles. I will admit it would make little sense for these characters to have abilities that would essentially slow down the game progress, but the fact that they are so out of reach that I felt the urge to literally pay to unlock these characters is ridiculous. Sega, if you want me to play your game continually then give me reasonable goals. The fact that I played a casual game for 3 hours and only progressed 20% towards the first unlockable character is completely unfair. 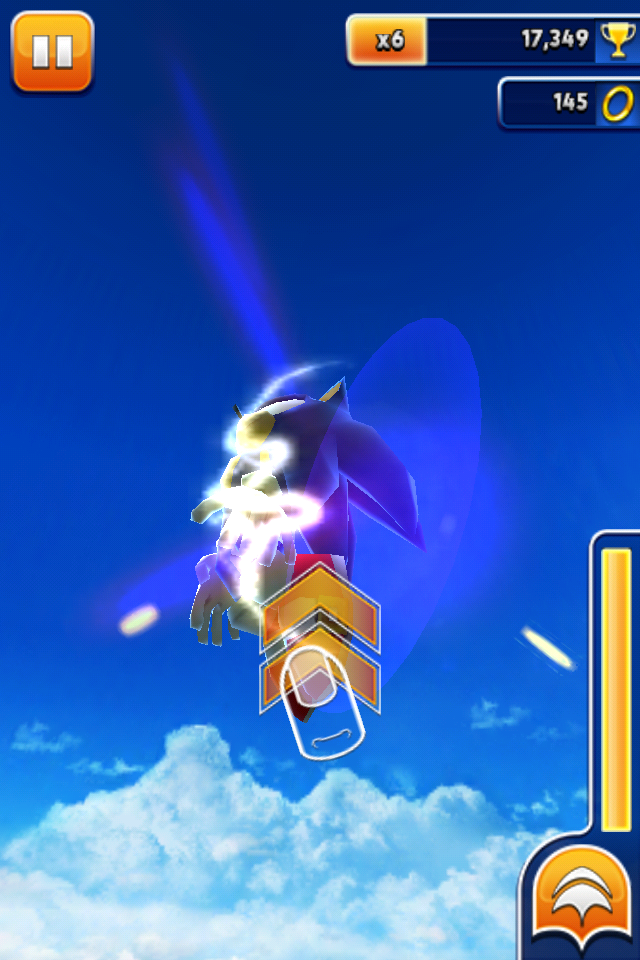 The unreasonable unlockables does not take away from the game’s fun factor at all, but I felt like I was being squeezed for money, which resulted in this game from earning a sold A grade.

Complaints aside, I know I will be playing this game from time to time in the future, for the sake of beating my own score and challenging friends’ records online since it’s easy to jump in and suddenly find myself still playing for 15 minutes or so. All endless runners are addictive, but not as aesthetically pleasing or vibrant as Sonic Dash. This game is a fun derivative of Sonic Generations with its upgradeable stats and simplicity, and recommended to any Sonic or endless runner fan. 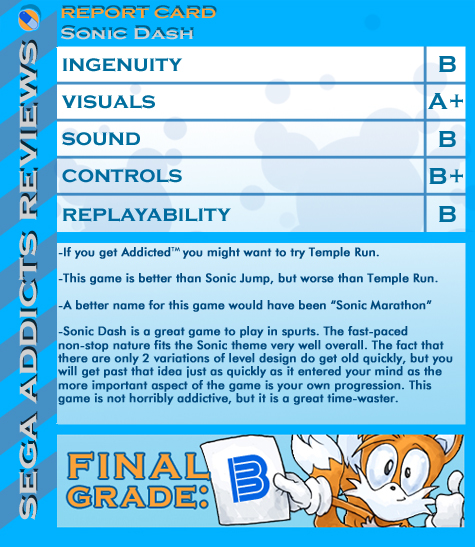 Get ready for more conquesting in Kingdom Conquest 2