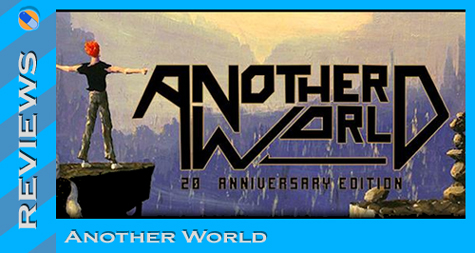 Hideo Kojima, Shinji Mikami and Suda 51 are just some of the games industry icons that cite Eric Chahi’s Another World as influencing their work. Originally released for the Amiga and Atari ST before later being ported to the Sega Mega Drive/ Genesis, Another World‘s stunning art direction, fluid gameplay, and use of cinematography, established it as one of the most influential and well-loved games of all time.

Twenty-two years later and Another World: 20th Anniversary Edition for iOS has found a home on Valve’s Steam service. But are the HD visuals and remastered sound enough to once again capture our imagination and do they warrant the $9.99 price tag? Hit the jump and all will be revealed… 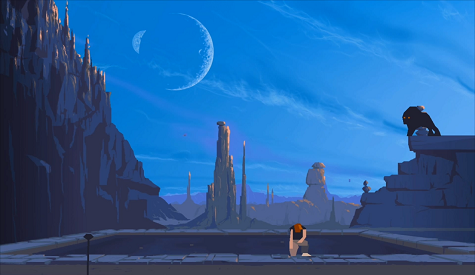 I myself am very familiar with Another World and appreciate its significance as a single gaming experience as well as its long lasting impact on the entire medium. Even so, I still found myself in absolute awe of the immense beauty of Anniversary Edition and the artistic and creative talent that allowed it to be.

The game’s artistic splendor shows itself as early as the famous second screen in which, after escaping a disorientating watery grave, the player is shown the barren alien landscape for the first time. Wispy clouds hang in a magnificent blue sky next to the crescent of an unfamiliar moon. Winds can be heard blowing amidst brown and purple rock formations that loom over the deserted pool the player has escaped from. And in the distance the silhouette of an unidentifiable creature regards the player with hungry red eyes.

It’s at moments like these that it becomes apparent that Anniversary Edition is the game Another World was always meant to be and the original game’s visuals, which I once regarded as some of the most beautiful in-game artistry in the entire medium, now look archaic and ugly in comparison. Being able to instantly switch between old and new visuals at the press of a button only enforces the notion that the original Another World was simply a rough diamond within which Anniversary Edition shined all along. 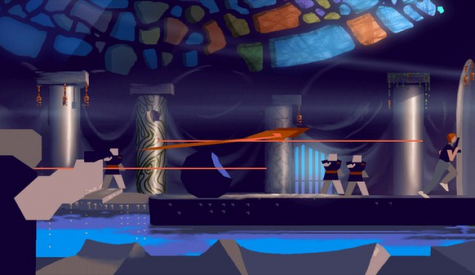 While the game looks fresh and new, the controls and gameplay have been left completely preserved and for the most part this is not a problem. Controlling the main character as he nimbly leaps and runs his way to freedom is a smooth and fluid process handled by just two buttons.

Combat involves utilizing a a multipurpose laser pistol that can shoot single beams, erect a temporary barrier or blast a huge beam of energy depending on how long the “shoot” button is held. It’s during these deadly shoot-outs that the old-school controls can feel clunky, making simple feats such as turning quickly to fire a shot unnecessarily difficult.

Anniversary Edition‘s difficulty will be an issue for newcomers due to the fact that the game is riddled with instant death traps that will almost always result in multiple deaths each on a first playthrough. A poorly timed jump will often lead to impalement on rocky spikes or eaten by ravenous tentacle monsters. Alien guards will appear unexpectedly and vaporize the player on sight. Even swimming for too long will result in drowning. 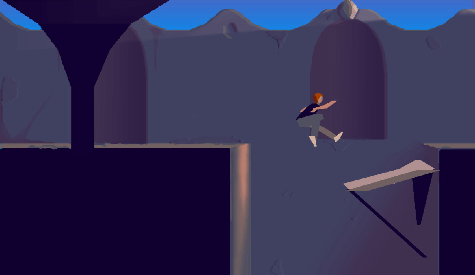 In most cases the solutions to these problems aren’t immediately obvious and require a fairly good deal of logical thinking to overcome. Even so, the tricky puzzles and frequent deaths will see some players repeating sections of the game over and over, and even with the increased frequency of checkpoints Anniversary Edition offers, it can be difficult to hold back the urge to check an online guide.

Death is, however, an integral part of the Another World experience and highlights the hostility of the peculiar alien planet and the constant threat found around every corner. What was a nonchalant Ferrari driving young physicist with his own personal particle accelerator, the main character Lester Knight Chaykin is now the most helpless creature on the entire unknown planet.

This is of course the main premise of Another World‘s story which begins with an almost three minute long cut scene showing young Lester confidently performing a physics experiment before his lab is struck by lightning, sending him to another world. Although there’s no cut scenes that match the length of the opening one, the complete lack of a HUD and the fluidity of in-game animation give the entire game has a wondrous cinematic feel. 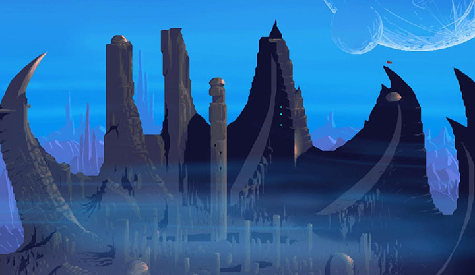 Despite containing no text and no spoken words aside from the alien mumbles of the indigenous life forms, Another World manages to tell a compelling story of a seemingly primitive yet technologically advanced alien civilization. The highlight is of course the surprisingly powerful bond formed between the player and the fellow alien captive known among fans as “Buddy”.

Even in this modern age of near photo-realistic facial rendering, motion capture and full voice acting, it’s difficult to find a game that can replicate the feeling of relief felt whenever Buddy shows his pasty face to help Lester out of a sticky situation.

Lester’s adventure is unfortunately a short one. I remembered a fair portion of Another World‘s puzzles from the original version and, on the normal difficulty, completed the game in a single two and a half hour sitting. New players will undoubtedly take much longer to beat the game without the use of a guide, but are still likely to be disappointed with the overall length of the game.

There’s also little to no replayability aside from an extra “Hard” difficulty level which, as far as I can tell, simply makes alien guards more aggressive in combat but doesn’t actually alter any of the logic puzzles. Being the Steam version, Anniversary Edition also has a collection of Steam achievements, but due to the relative linearity of the game, all of the achievements can be obtained in a single playthrough. 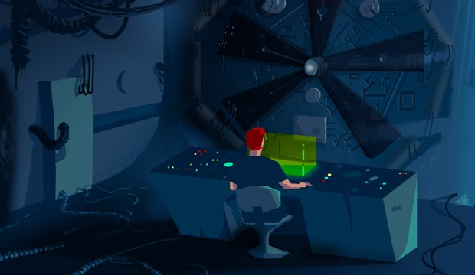 Extra “making of” content is also included with the Steam version, but as interesting as it may sound, the content is nothing more than a collection of random Another World related media. Included is a single piece of exclusive artwork, an Amiga ROM with no emulator, the soundtrack to a previous version of Another World that didn’t appear in Anniversary Edition, a couple of PDFs containing Chahi’s original notes and doodles accompanied by poorly translated annotations, and finally, a fairly interesting “making of” video that also suffers from poorly translated subtitles.

Remastered versions of videogames often face the conundrum of having to offer enough new features to draw in fans of the original game while also enticing new players with a pseudo-modern gaming experience. Another World: 20th Anniversary Edition claims neither and simply set out to lovingly celebrate of Chahi’s original masterpiece. It is the fans at which Anniversary Edition is aimed, and as a fan myself I can honestly say that the game has fully accomplished its mission. 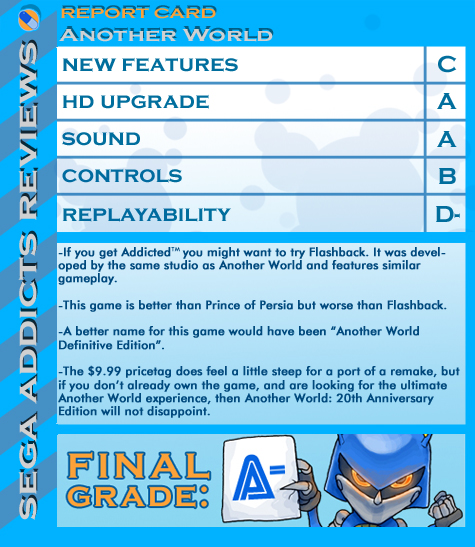 London Olympics 2012 on sale on Steam TODAY ONLY!