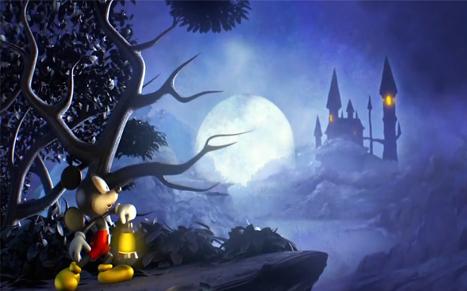 But have you noticed that we´re getting a lot of remakes lately? Not just remakes, but remakes of retro licensed games? What´s more is that unlike crappy recent tie-in games, these were actually good and deserve a remake! Suffice to say we won´t be getting a remake of the dreadful Charlie´s Angels game but a surprising amount of licensed games are making a comeback. So with this in kind I asked the writers of this very site:

What are your thoughts on this trend? And what retro Sega licensed games would you like to see remade?

What did we think? Hit the jump to find out!

Licensed games have always been a double edged sword. In the wrong hands, and with a movie deadline, they usually fail. But with ample time and a good team of developers there are some really great licensed games out there, especially old licensed games.

As you may be aware both Castle of Illusion and Ducktails (both great licensed games) are being remade for this generation, and I think it’s a good idea for many reasons. First of all, it´s bringing to the forefront great games that maybe people have forgotten about or are reluctant to play given their age, scarcity, or having to dust off or find an older console. It is an opportunity for younger games to see what games were like back in the Genesis days. Also, the updated graphics and sounds will give owners of the original a reason to see what’s been changed. And finally it strengthens bonds between the game company and the licensor for future calibrations. Just look at Marvel Vs. Capcom 3; it would have never been made if Marvel and Capcom didn’t first hash out an agreement to re-release Marvel Vs. Capcom 2 on XBLA and PSN.

Personally, I would love for Sega to re-release X-Men and  X-Men 2: The Clone Wars, as I think those games would benefit from updated graphics. The one pit fall of course that Sega has to remember is to keep the same spirit in the remade game as was in the original, or else it will just look like a soulless bad sequel. 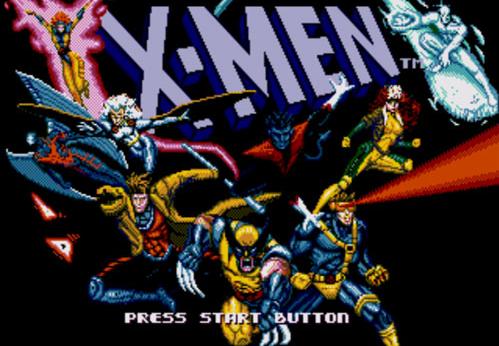 Alex Riggen:
This recent trend in remaking licensed retro games could potentially be exciting but at this point none of the games have caught much of my interest, mainly because there’s so many new experiences out there I’ve yet to try. Castle of Illusion is undoubtedly a great Genesis game, and that’s exactly why I’ve struggled to maintain excitement for the remake: the original is still available and fun to play. However, I am happy to see the game being released for a new generation of gamers with gameplay and visual tweaks to interest people who have no interest in playing a game from 20 years ago. It also makes sense for Sega to be remaking a game with a major license like Mickey Mouse as they’re going to gain the attention of people from all ages due to the familiarity of the character.

If the game succeeds, which I hope it does, I’d like to see publishers making more digital only remakes and sequels of classic licensed games. Imagining a brand new Aladdin game in the style of the Genesis game, or a new Spider-Man beat ’em ups like Separation Anxiety gets me quite excited. Plus, a big success for Sega means they may have the capital to take bigger risks on potentially less profitable games in the future. 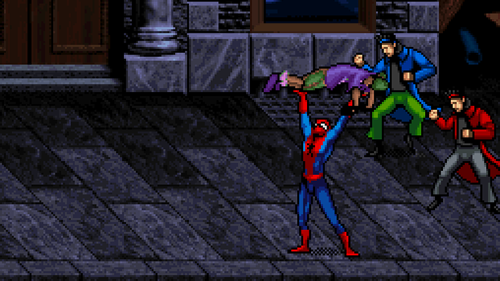 I love this recent trend in reviving licensed games for one main reason: I’m tired of the ´epic story line´ that most blockbuster games are tackling these days. I enjoy games with simplicity and immediate fun. Gone are the days of instruction manuals, as they are now replaced with force-fed tutorials. When a game had a manual you could jump in and just go. That’s why I love the simple genre´s like beat-em-ups, platformers, and even some puzzle games. Thankfully platformers are starting to re-emerge with the likes of Ducktales and Castle of Illusion. Though I played more World of Illusion than Castle, I’m still excited to see how this re-imagining pans out.

I would love to see more Disney revivals along the lines of Aladdin, or Lion King, or even dig a little deeper with Quackshot, or the Goof Troop game since I never got my hands on those ones.

Disney games aside, I would love to of course see more beat-em-ups brought back ala Teenage Mutant Ninja Turtles: Turtles in Time, but with a bit more care rather than a HD-color-overload. The X-Men Arcade Game was a hit, but imagine if it was extended and incorporated today’s style of the X-Men? Or create a new game and make the arcade game an unlockable game. I’m honestly shocked that an Avengers arcade-style beat-em-up hasn’t shown up yet. Nearly every Avenger has seen their light of day in their own game, and the sad attempt at a Kinect game should have shown the publishers that we want something more than hopeless flailing.

My only hope is that publishers don’t grab this opportunity the wrong way and gut it for all its worth rather than pacing their releases. Otherwise, keep bringing the licensed games to my eager retro-loving hands.

As Mike mentioned previously, the reason that most licensed games suck is because of ridiculous deadlines. However with a retro remake there´s no movie premiere or limited time span to develop it in or by, so companies could theoretically make an even better product than the licensed games of the past! With this in mind I’d totally love to see an Aladdin remake, maybe even with the gorgeous artstyle being used for the new Ducktales game. Anything is possible when there´s a proven property and a fanbase willing to pay for it on the line. 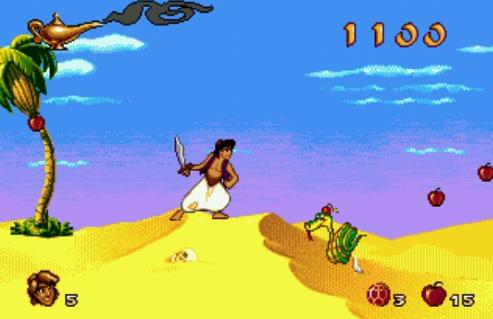 Then again maybe something would be lost in updating everything. After all not everything can be amazing and it´s totally possible that some magic would get lost along the way. That could be the case, but what do you think? You heard out sordid opinions but what about yours? Let me know this, along with your answer to this weeks primary question in the comments and we´ll see you next week when The Sega Addicts Speak! yet again!