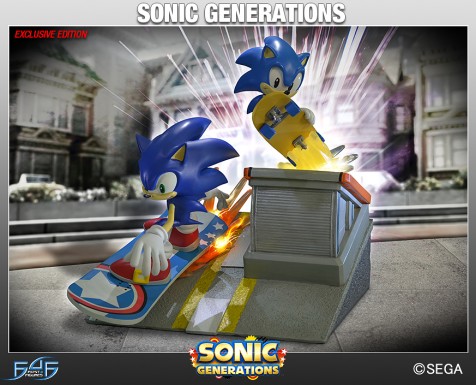 Known for their incredible detail, and amazing craftsmanship, First 4 Figures is one of the best producers of amazing video game-relate statues. The library of statues just keeps getting better and better for Sonic fans as F4F has announced the first installment in their “Sonic Diorama Collection.” The Sonic Generations Diorama Exclusive captures both Modern Sonic and Classic Sonic speeding down the highway in the popular City Escape level first found in Sonic Adventure 2, which was later revamped for Sonic Generations.

This statue shows Modern Sonic speeding down on his “snowboard,” with Classic Sonic using his radical 90s skateboard to get some big air off a speed boost. As always, the detail in this statue is fantastic. The “exclusive” version of the statue includes lights that cause the sparks under the boards to flicker, and also has an illuminated panel on the boost ramp. Hit the jump to see a few more angles of this “way-past cool” statue. 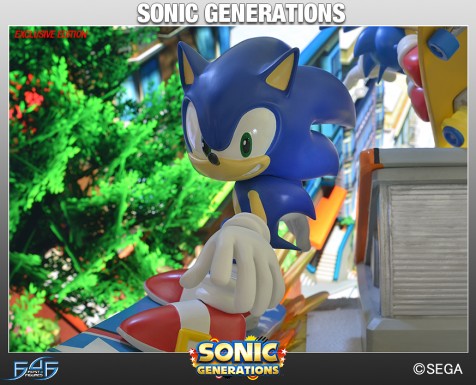 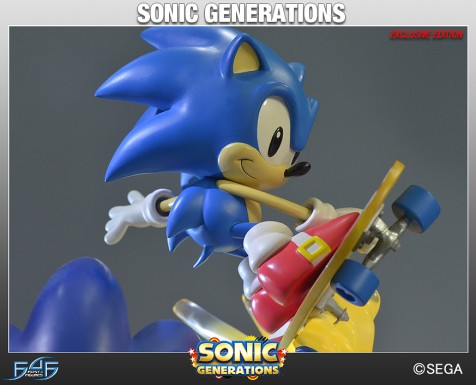 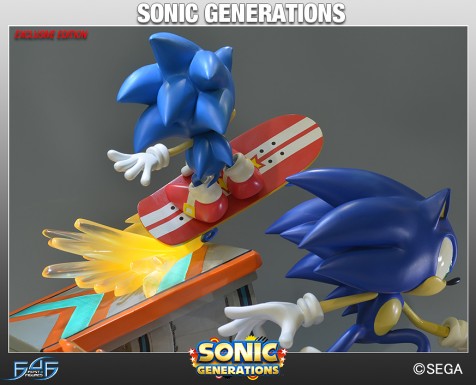 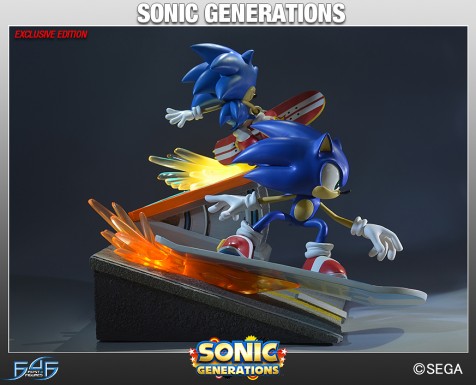 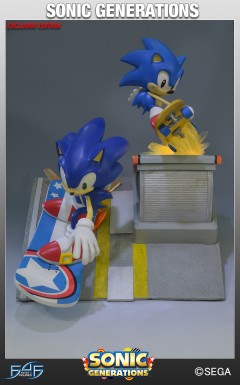 Just a friendly reminder to our readers that Christmas is just around the corner, and you should really support your favorite Sega fan site. *hint hint*

Sky Sanctuary gets shown off in this new Sonic Generations trailer

Many new Screenshots from Sonic Generations!