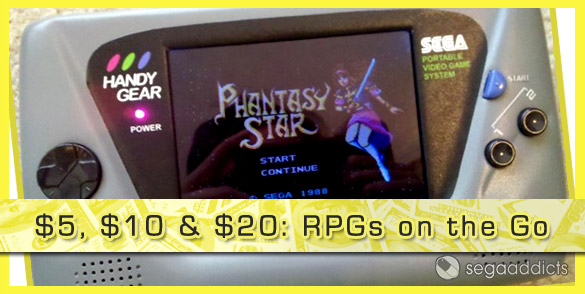 This month, I’ll be highlighting several Sega related RPGs that have appeared on handheld consoles. I’ve always preferred my RPGs on portable devices due to their length and fact that you can play them anywhere. When you’re faced with a 30+ hour game, not having to depend on having a TV around you makes a huge difference.

So hit the jump to read about a Shining Force inspired SRPG, an attempt to take the Sonic franchise into a new genre, and a surprisingly improved dungeon crawler sequel on GBA! 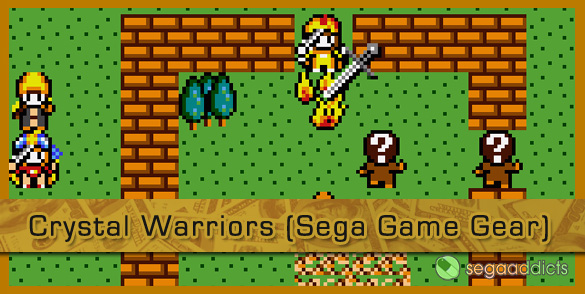 Crystal Warriors can be best described as Shining Force-lite. You have a similar setup with the main gameplay being spent on large grid-based battlegrounds as you take turns moving your army units and attempting to defeat all the opposing units or reach their castle. In between battles, you can explore towns to rest, purchase resources, or potentially recruit new party members.

In fact, Crystal Warriors ends up being a pretty competent turn-based strategy RPG and one of the better games for the Game Gear. It scratches a lot of the itches SRPG fans look for with a good amount of difficulty, permanent death for party members, and some unique design choices like the ability to capture certain enemy monsters and use them temporarily during a battle.

Where the game falls flat is in its style and storytelling when compared to Shining Force and other, more popular, SRPGs. For one, the plot is rarely brought up except for in the beginning, at which point, you’re just left playing battle after battle with no real idea of why. Also, the characters and art style are completely devoid of personality. While this isn’t a big problem for players who just want the strategy element, for those who enjoy RPGs for their mix of story, characters, and gameplay, you may find it hard to find Crystal Warriors very appealing.

Should you buy it?: Maybe. It is cheap and it’s also available on the 3DS eShop for a few bucks, making it an easy game to play today without an actual Game Gear. However, only fans of the SRPG genre who really love the strategy aspect need apply. All others may find the game generic and boring. 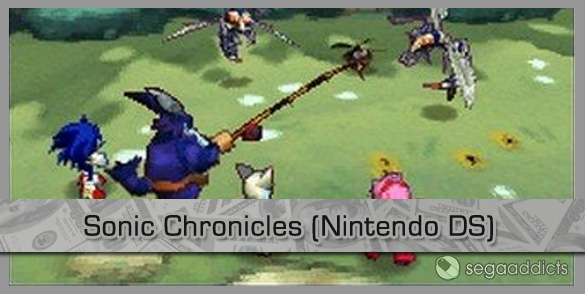 Ever since Super Mario RPG, I’d been hoping Sega would create a JRPG inspired game in the Sonic universe. There was so much potential for a unique setting, some funny parodies of RPG tropes, great music, a fast-paced battle system, etc. So, when Sonic Chronicles: The Dark Brotherhood was announced for the DS and being handled by RPG veterans BioWare, I ended up pretty excited.

Unfortunately, by the time I got around to purchasing and playing the game, I was left incredibly underwhelmed.

Sonic Chronicles’ first problem was the complete focus on stylus control. Instead of running around the world as Sonic and friends, you use the stylus to drag and move similar to the DS Zelda games. It’s not that I find this control system to never work; it’s just that the most important aspect of a Sonic game is making it fun to move around in the world and Sonic Chronicles kills that. I found traversing the world and having to deal with the constant roadblocks like loops and jumps a chore. They even threw in Sonic Heroes most annoying aspect by making you switch to the appropriate character to get past certain obstacles.

Then, there’s the combat system. Combining turn-based battles with a constant rhythm game elements was fun at first, but after hours of play-time, battles grow tedious and headache inducing. I don’t mind simple timed button presses in turn-based battles when it helps you get a critical hit here and there. But in Sonic Chronicles, you often live or die by how good you are at timing various stylus taps. It gets annoying and frustrating for a game made to travel with as you have to pay attention constantly.

If you can get past or don’t mind those elements of the game though, there is something impressive underneath. The visuals look great on the DS with hand painted backgrounds and decent 3D models on the DS. Plus, the music takes nods from all sorts of past Sonic games and you’ll get to meet many of the characters from the Sonic universe. The story itself isn’t anything extraordinary feeling more like something out of a Saturday cartoon, but it’s great for getting younger gamers into the RPG genre.

Should you buy it?: Probably. I know I’ve bad mouthed the game quite a bit but there are many Sonic fans who enjoyed Sonic Chronicles. If you love the Sonic franchise for more than the fast platforming gameplay and you’d like to spend more time in the universe speaking with recognizable characters, exploring and playing through a more complicated story, then you may find Sonic Chronicles to be everything you wanted. 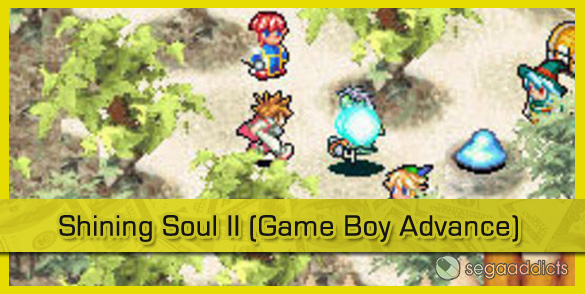 The original Shining Soul was far from a masterpiece. With a generic storyline and repetitive gameplay, it was a loot-based action RPG only for the most devout fans of the genre and the Shining series. The fact that a sequel was even developed is surprising but luckily the results far surpassed the original game.

The biggest downfall of the original Shining Soul was a lack of variety, something that is incredibly important for a dungeon crawler expecting the player to grind and gather loot repeatedly. It appears that Suda 51’s grasshopper manufacture understood that and for the sequel, everything is bigger and better than its predecessor. They bumped the character class options from four to eight, more than doubled the amount of dungeons to explore (and made them more interesting), greatly expanded the amount of equipment in the game, added side quests, multiple endings, and the list goes on.

In terms of sequels, Shining Soul II goes above and beyond to ensure the series didn’t end up a forgettable side-story in the Shining universe. In fact, as far as I know, Shining Soul II may be the best Diablo-inspired dungeon crawler on the Game Boy Advance and with the addition of multiplayer, Shining Soul II is definitely a game that will keep you (and your friends) playing for years.

Should you buy it?: Yes. While the novelty of having a robust dungeon crawler on a portable has worn off, Shining Soul II still shines by being a great game on its own. There’s a ton of content here and if you can convince your friends to buy a copies and link cables, there’s a lot of potential for hours upon hours of dungeon crawling pleasure.