If you have been following our Splatterweek in full, you will have the impression that we think All Hallow’s Eve is a celebration of little more than Namco’s early ‘90s excesses. Nothing could be further from the truth. Sega have been a vehicle for a wide variety of experiences based around trying to convey fear itself, or, at the very least, to give a seasonal smile. To round out our Halloween 2014 coverage, Sega Addicts is proud to give you our Top-10 Sega games for October 31st. With not a Splatterhouse title to be seen, there is a little something for everyone. No tricks, only treats. Enjoy, and let us know what you think in the comments below and on our forums. 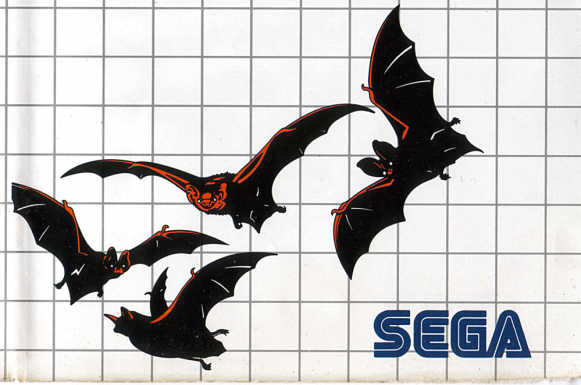 The manual says five ‘Draculas’, though the cover only shows four.

Halloween isn’t all about having heart attacks at the sight of truly horrifying images. There’s a gentler, camper side to Dracula that Ghost House plays on tremendously. The fact that the wonderfully pre-school presentation is combined with difficulty so punishing it will have you begging for mercy only adds to the package. You are Mick, a pre-teen vampire hunter who must take down five separate Draculas inside the titular Ghost House. As with all games from the mid-1980s, there’s not much going on mechanically and that is more than counterbalanced by the sheer volume of threats coming at you. Every single square foot of this ghost house wants you dead. You cannot even trust the ground beneath your feet. It may look child’s play, but there is nothing pre-school about the mauling the unprepared take when facing this Ghost House.

I am yet to meet anyone who has played this. You’re all missing out!

Everyone loves cuddly Nintendo, with their cuddly, anti-competitive, borderline illegal, licensing agreement that meant 3rd parties could not port their games to rival machines. Thus, Konami could not bring Castlevania to the Sega Master System. No Dracula, no Simon Belmont and no scares. That was until Sega and SIMS said ‘Nintendo be damned’ and engaged in the sincerest form of flattery, imitation. Master of Darkness is a hugely derivative ‘homage’ to Castlevania released in 1993 and soon to be forgotten in the consumer rush to the Mega Drive. Nevertheless, it hits all the classic horror notes: Dracula, Jack the Ripper, Zombies, Bats, Ghosts. It remains a late-system title that few have played but is well worth a look, if only to imagine what Konami could have done with their more storied series on the Master System’s superior hardware. 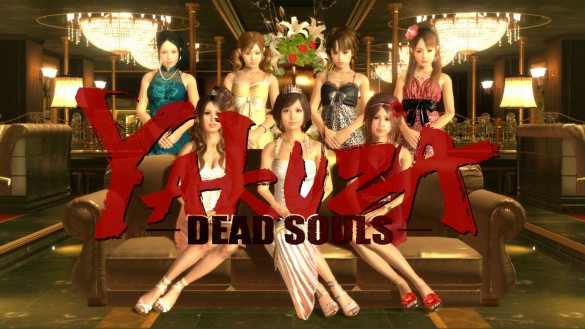 Would you believe that this is a Toshihiro Nagoshi game?

The Yakuza games feel like they were made by the chance-taking, envelope-pushing Sega of old. It’s risky to take beloved characters, with all the relationships, meaning and baggage of a long running series, and play a counterfactual game of ‘what if’. It’s even more perilous to take a game engine designed for close combat and introduce gun-play to the mix. Yet, this mixture of crazy and bloody plays like a title in the Yakuza series should. Its exploration may be truncated, as one would expect of an action-focussed game, but this is more than ameliorated by the wonderful boss battles. In no other game could Japanese Yakuza, zombies and all the trademarks of Toshihiro Nagoshi’s oeuvre be blended into a rounded, multi-narrative tale. Yakuza fans may get the most out of it, but the game’s sheer style makes this worth a look by anyone wanting action, monsters and mafiosi this Halloween.

This was going to be a picture of the lead’s afro, but I didn’t want to ruin the surprise.

Zombie Revenge, like Spikeout, was the rage against the dying light of the scrolling brawler. Recent indie hits like Castle Crashers may have reinvigorated the scene, but, in the early-2000s, the lights were going out on brawlers and one-on-one fighters alike. Yet, we have a wonderful game redolent with the pick-up-and-play accessibility common to all great arcade experiences, combined with a style based on B-movie and grindhouse classics. Cut scenes are seemingly delivered via a drunk projectionist, the dialogue would embarrass a work-experience intern and the gameplay would not be out of place on the Mega Drive. Yet, all these factors combine to create a title that is as fun as it is knowingly funny and improves with every extra player. It’s like a Tarantino directed zom-comedy and every bit as entertaining as that combination sounds. 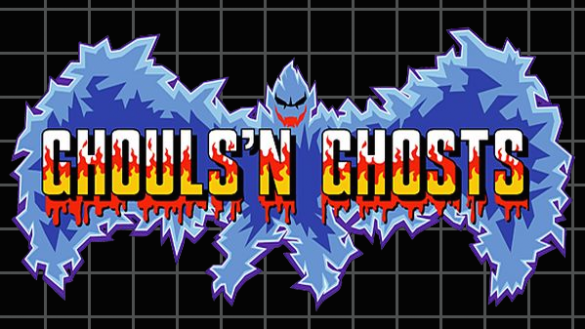 For true authenticity, play in underwear.

Some games are suitable for Halloween because they are outright frightening experiences, others bring all the campy horror of Hammer into the digital realm whilst yet more are solid games with monstrous theming added like chocolate sprinkles over the play mechanics. There’s a final category, games where fear and trepidation during play is caused simply by the challenge presented to the player. Of course, a ‘challenge’ is not enjoyable unless it’s fair, and the tight controls combined with wonderful level designs means any failure at Ghouls ’n’ Ghosts can only be blamed on the player’s lack of skill. Enemies strike fear into you, not because they’re monstrous apparitions, but because you’re down to your polka-dot pants and are about to be chased, from one side of the screen to the other. Difficult? Crushingly so. Fair? Undoubtedly. You should have played better earlier and kept your armour. Ghouls ’n’ Ghosts conveys fear through game design in a way few titles can. 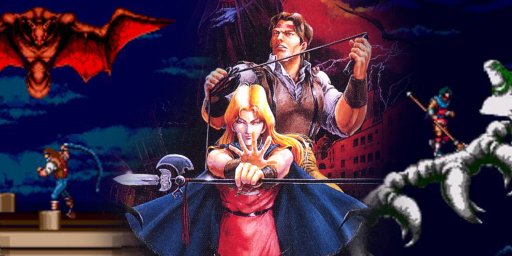 Konami finally brought their Castlevania franchise to Sega in 1994. This was no mere afterthought, no dry bone thrown to a dog hungry for Dracula’s blood. It was the full Castlevania experience in the finest traditions of the groundbreaking NES originals. Moreover, it’s loaded with everything a gamer could want from a title on Halloween. Castles infested by nightmarish creatures and pixel perfect action in the finest traditions of the series. Never mind comparisons to the first three Castlevanias, Bloodlines can stand toe-to-toe with Super Castlevania IV on the SNES without needing to blink. It’s not just the wonderful, atmospheric, graphics that make this a must, but the classic gameplay that felt right at home on Sega’s more mature machine. With the kind of challenge one would expect from the early 1990s and multiple characters to tackle, this Castlevania is not just for Halloween, but for undeath.

No words capture the perfection of this image.

The Durham Miner’s Gala is a large get-together in the North of England. The brass bands of various collieries march around the City of Durham, playing their tunes and swelling local pride for hours at a time. The gala takes place over a weekend and people come to the event from all across the northern coalfields in England, and beyond. Whilst in decline, it looks like a wonderful celebration of a way of life peculiar to that part of the world. Why do I know this? More pertinently, why am I telling you this here? Because, playing the USA version of The Typing of the Dead, the words “Durham Miner’s Gala” appeared during a particularly frenzied boss battle. It wasn’t just three words randomly slammed together and so, once I’d finished my game, off to Wikipedia I went. The Typing of the Dead: play games, kill zombies, hone your typing skills, learn about the world. 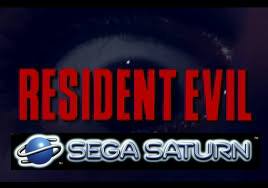 Coming to PS4 and XBox One.

Playstation fans erroneously believe ‘their’ Director’s Cut edition was the era’s definitive version. What they were given was a masterpiece in hand-holding, their auto-aim function was effete at best and the arranged mode was a mere bauble used to decorate the Emperor’s new clothes. What did the Saturn faithful get? Better graphics, an unlockable ‘Battle Game’ mode, exclusive enemies, extra boss battles and exclusive outfits for the main characters. Those truly committed to classic survival horror can even sample the Japanese version for added gore. Mansions and monsters were never better than on the Saturn.

Everything you need to know is covered in this image.

Zombies, the Deep South, strippers, incest, profanity. There are few games that can throw together such disparate elements and make them all resonate so deeply with both the gameplay and the package as a whole. Every aspect of Overkill complements the next. The volley of profanity perfectly evokes the grindhouse feel, which slots right into the House of the Dead franchise’s B-movie homage roots. The non-stop tempo of the pumping music and constant quips complement the fast-paced, varied gunplay perfectly. Overkill raised the bar for quality by the same amount it was lowered for good taste. With ample cause for replay long after the initial rush of its heady charms, Overkill is the perfect antidote to scares that try to take themselves a little too seriously. 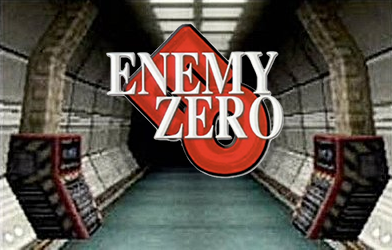 Kenji Eno was a unique voice in gaming.

Long before there was Alien: Isolation, Kenji Eno’s masterpiece set his digital actors to be stalked by an invisible monster on a derelict spaceship. Eno’s expertise in creating games for the deaf was leveraged into Enemy Zero’s invisible bête noire. Rather than being a polygon-saving exercise, as wags proclaim, this was intrinsic to the experience. The creature’s whereabouts could only be ascertained from the frequency and pitch of beeps: never has an empty corridor been so foreboding, never has a continuous high-pitch tone been so dreaded. With obvious homage to Alien, Enemy Zero is entertainment that sits on a thrilling fault line between movies and games.

The SEGA Addicts will be Jet Set Radio-ing tonight!