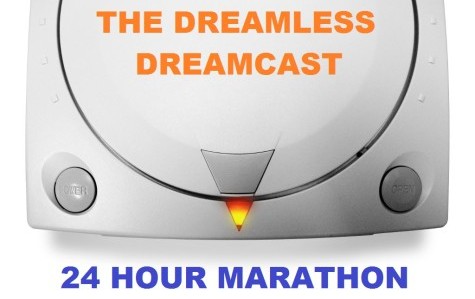 Some people call me crazy for staying up 24 straight hours to play Dreamcast. I call those people sane. My reasoning is that the Dreamless Dreamcast 24-Hour Marathon is insanely fun. There’s something special about playing video games for an entire day while shooting the breeze with fellow gamers and reminiscing about all the great times had by the Dreamcast in its hay day. The past few marathons have been a combination of technical difficulties, yelling, making friends, yelling at friends, and most importantly playing great games.

At first, the marathon was done by the lone wolf, Josh Newey, through hourly blog updates. Soon the event evolved into a live stream, which then turned into a team stream between Josh and me, and then Brett and me last year. 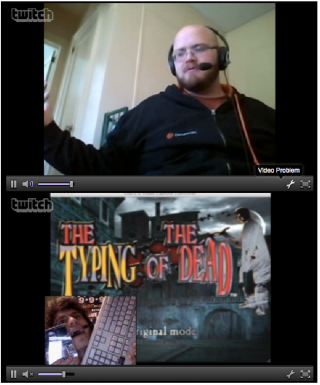 Sleep deprivation, carpel tunnel, and poor health habits aside, every year the marathon ends with me wishing that I could host one every day after how much fun was had. Even though I have co-piloted these marathons through the internet, any gamer will tell you that games are more fun when you are sharing a couch with someone. This year we want to make that happen and only you can guarantee it. 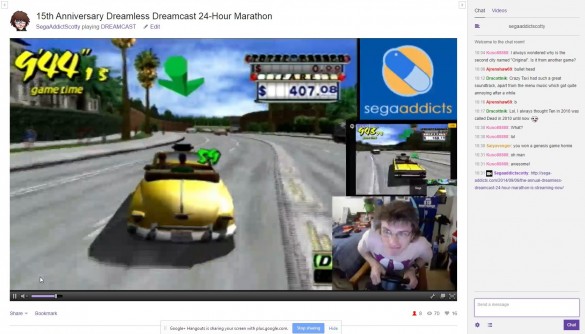 This year, we want to break down the barriers and host a live stream with the current Sega Addicts staff gathered in my living room. Over the recent months, the hosts of the Sega Addicts Podcast have become closer as friends through the weekly recordings, as well as our routine Twitch streams. If the yelling and laughing on Twitch is any indication of how a 24-hour stream would go, then it’s safe to say nothing will get accomplished. 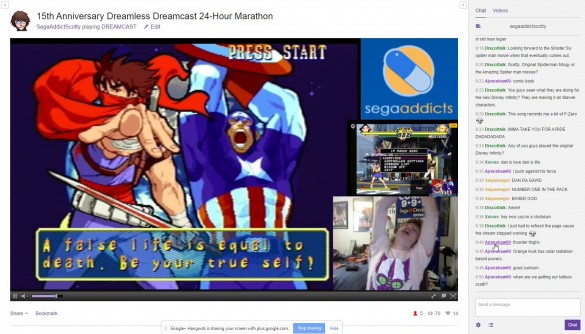 Seriously though, it will be entirely worth having people sleep on my floor and invade my apartment. Brett, Tom, Nick, Elle, and I have all realized that a group gathering is the logical evolution of the Dreamcast marathon, but can only be achieved with funds from our friends and fans. 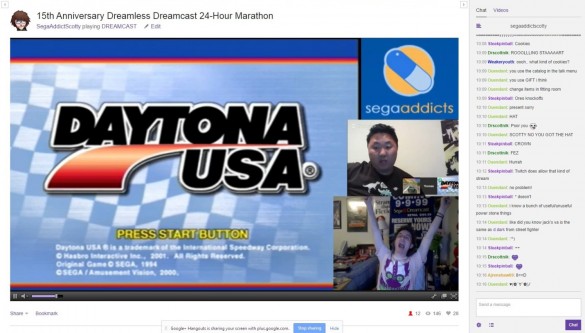 Why doesn’t everyone simply drive to my apartment, you ask? Simple: we are spread through-out the country from the East to the West coast. This in mind, we are asking for your amazingly friendly donations through a Life Fund for our furthest friend: Nick Nygun. 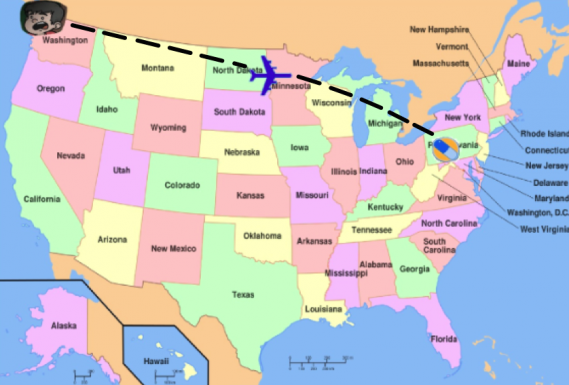 Being in Seattle and attending school, Nick doesn’t exactly have money to spare at the moment. However, this money will not only go towards his travel expenses but also to some awesome prizes for all of you! Last year, Brett and I gave away some classic (and let’s be honest, not-so classic) Sega Genesis games to viewers of the stream. This year, we will be giving some higher end prizes including such items as the games thru Steam, a brand new VMU, a Dreamcast console itself, and even the soon-to-be released and now sold-out splatter edition of the Shenmue Vinyl soundtrack! 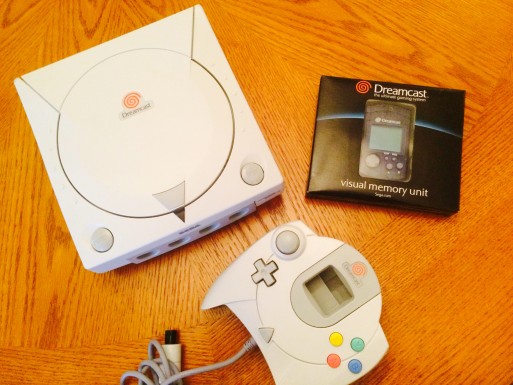 To those who have followed the Dreamless Dreamcast 24-Hour Marathon in the past, we cannot thank you enough. You have also seen how simplicity is needed with our current set-up. What would be simpler than a couch, PC, TV, and DC? This is a major goal with this year’s marathon: simplicity.

You can check our all of last year’s marathon right here on our YouTube page. You can also find our recap posts for each year here, here, and here.

All in all, we really want to make this year an even bigger success than previous years and literally can only do it with your help. Even if you can only donate $1 or $5 it will still make a difference. The marathon itself will still happen, but the best possible outcome is to have everyone sitting in front of my TV.

So again, please help if you can, but we also want to thank you for your continued support! You guys rock!