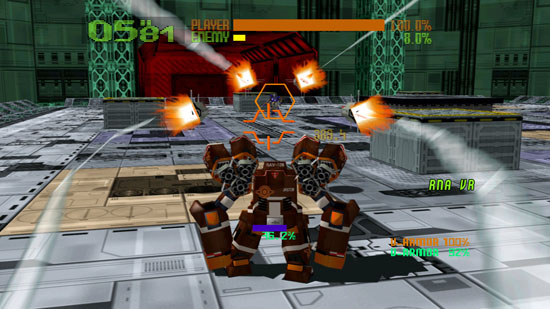 The Japanese development blog for Virtual On: Oratorio Tangram has recently announced that they’ve surpassed their sales expectations for the game. This is really good news not only for Sega but also for our very own Kris Knigge, who is waiting patiently for Sega to either announce a new game in the series or that they’ll port Oratorio Tangram to PSN.

Not only has VO:OT surpassed Sega’s expectations, Microsoft has announced that it is the most downloaded XBLA game of 2010 and the second highest of all time. Good news for Virtual On fans, indeed.