This is the surprise I’ve been talking about that no one seems to have noticed! That’s right, starting this week I’m going to be alternating between my usual Not-so Classic Games feature and this new one. I plan on doing this all month, then deciding whether to keep alternating them, ask to do both or scrap the whole idea and shamelessly deny it ever happened. What I want you guys to do is tell me what you think in the forums or in the comments. Tell me what you like, what you hate, suggest games for either feature or anything along those lines that you think would be useful. Not only will this enter you in the weekly contest, it will restore your faith in democracy. Oh, and make the site better based on your input.

Gaming narratives are very sporadic in quality and are often inconsistent with a game’s overall quality. How many enjoyable games can you think of that have mediocre stories? Likewise, how many games can you think of that have really interesting or unique narrative ideas but drop the ball in the game play department. It’s like going to a grocery store to find that their produce department is all out of bananas, but have plenty of strawberries. You need both to make a delicious fruit salad, but unless you go somewhere else you’re not going to get it. This feature is going to highlight games that have both strawberries and bananas in their fruit salad.

And now to our feature presentation, finally.

Sakura Wars: So Long My Love has got a lot of attention on this site. It’s been mentioned on a lot of podcasts, championed like crazy by Kris Knigge, and even has its own podcast review. I could probably write 5 or 6 different features about the things it does well or differently, but I’m limiting the scope of this feature to simply the effect that interacting with one character has on the player.

Most games develop one main event-driven story that encompasses the events of the whole game, akin to the way a novel would tell a story. Sakura Wars tells multiple character-driven stories that are related by a central theme and setting. Each chapter of the game focuses on a single central character that you interact with more intimately than the others. This allows for the player to build deeper emotional connections to the supporting characters. The squad that you fight with during the battle sections feels more like a family the further into this game you are. This uncommon narrative style is what makes the challenge the developers threw at us so successful. What, or rather who, is this challenge? Subaro Kujo. 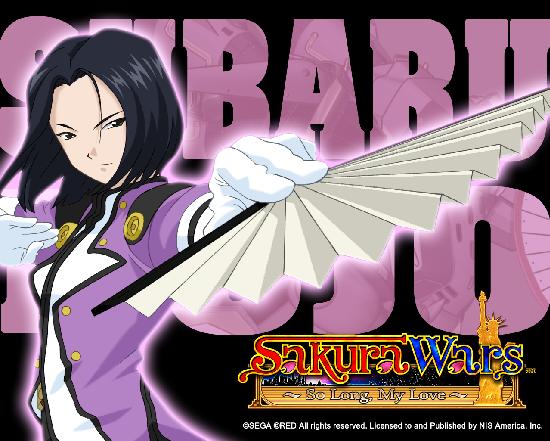 Whatever, I think shes cute.

Subaru is an interesting character, and certainly one that is unique from any other that I have experienced in a video game. Subaru’s gender is not disclosed for the entirety of the game. She seems to prefer being addressed by female pronouns, though there are some times where she refers to herself in the third-person as “he” and when you go on a date with her she makes you dress as a woman and acts as your boyfriend. You’re probably wondering which gender she is, and if you’ve played the game you’ve probably drawn your own conclusion, but the fact is she is neither. Subaru gender identifies as neither male nor female. This doesn’t say anything of her sex – Subaru could be biologically male or female, or she could be intersexed – it merely means that she prefers not to subscribe to traditional gender roles or stereotypes. To many of us a large part of our identity is determined by which gender we are. Think of terms like “a man’s man,” “a tomboy,” “a girly-girl”; these things are all determined by one’s gender in relation to the activities they enjoy. Subaru completely rejects the idea of gender so instead of stereotyping her in this way we have to think of her without thinking about gender. 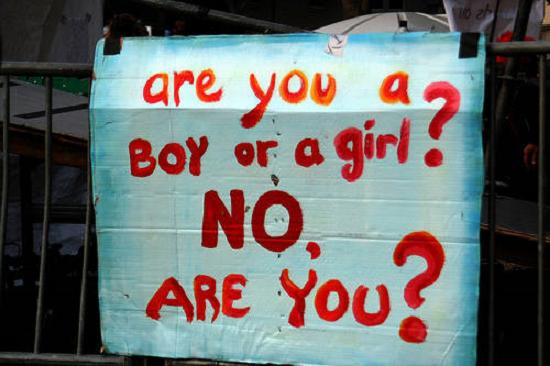 Do you get it now?

The writers took a big risk with the inclusion of this character. The thought of someone who is not overtly male or female probably makes the average person uncomfortable. In real life we could easily avoid having to think about it, but this game doesn’t give you that freedom. Because of the nature of this game’s narrative and the importance of Subaru to the plot, you will inevitably have to interact with her; she even has a chapter entirely about her. Subaru’s purpose for being in this game is to demonstrate that love transcends the arbitrary barriers that we set for it. Again, this is something we might have a difficult time accepting. We’re taught that everyone is either male or female, and that love should only exist between males and females, but Subaru stands in direct defiance of this. Subaru shows us that love can be perfectly natural between two people regardless of what gender they are.

Regardless of whether or not you agree with what’s being said, this game is trying to make you think critically about difficult subjects. This is something not a lot of games do. More often than not games are played from the perspective of some kind of ideal, masculine hero, with most other characters being stereotypical in some way (at least as far as mainstream titles go). I think this is a big part of why video game narratives aren’t taken as seriously as other media’s narratives. But here we have a rare opportunity to see the world in a different way, and in doing so reassess our own worldview. You don’t have to change your opinion, you don’t even have to agree, you just have to acknowledge that someone thinks differently than you. And it’s about time you do so while playing a video game.

Retro Review: Garou – The Mark of the Wolves