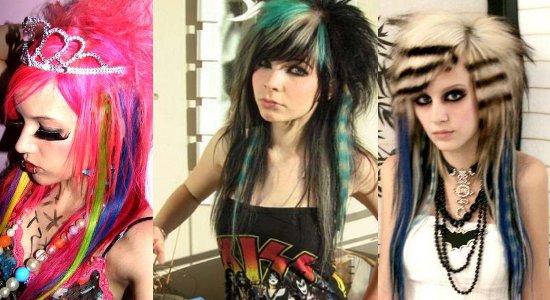 Um, I don't really mean this kind of extension.

It’s that glorious time again when I get to tell you all about what you’ve already said. That’s right, it’s time for Forum News! If you’re not in the forums yet, what are you doing, man? Ameliorate your life and join them now. This week was another fun one, so click more and read on about it.

Instead of recapping the challenges, I’m going to start this week with an apology. I completely forgot to update the challenges thread in the forum this week, so I would feel badly for judging our performance on them. So instead of doing that I’m just going to extend them for another week. I should have them posted in the appropriate thread before this even goes up, and you can also find them repeated at the bottom of this post.

Despite my failures, the forums were pretty fun this week. They were a little quieter than usual, but overall there was quite a bit of good discussion. The podcast had the obligatory Podcast 27 post. This week was more Phantasy Star, this time Phantasy Star Online. These games are fairly popular among the community, so I expect a lot of good discussion in the coming days. Are you interested in finding out exclusive information from Sega? If so, our forums have the thread for you. Our own Matt Jay and Tom Kyzivat are going to New York Comic Con and will be asking Sega whatever you want them to. Obviously they’re looking for relatively serious questions (i.e. nothing like “how big r ur dix?”) so think them up and ask away. Finally, the Contest thread has been revitalized given the more frequent nature of this site’s contests. Manic Maverick posted pictures of the Sega Saturn he recently won. Check it out and discuss the contests in there right now!

We will be there!

Here in the Sega-addicts forums we also talk a lot about video games. The port of Sonic Adventure dropped on Wednesday, so a thread was erected to commemorate this. Generally it seems cool to hate this game, but I’m still pretty interested in it. Tell us how you feel about it. In the Non-Sega Gaming section of the forums we talked about a game that is actually a little Sega-related. Project Draco was announced this week at the Tokyo Game Show, and is a product of the director of the Panzer Dragoon games. The game is for Kinect, which seems to be a very divisive move. Would you play a game in the same vein as Panzer Dragoon even though it requires Kinect?

Believe it or not: you get to ride dragons!

Both the Bananas and Pepsi Max and Music/Movies/Books/Comics/Stuff sections involved only classic threads, so we’re left with the Bar. As usual the Bar thread was off the wall. It started with a request to disclose what was up at the time. That was over pretty quickly, and the discussion became a forum for posting random links to random stuff. Then we started discussing Kool-aid and cults. Seems like a pretty logical and progressive flow to me. But the Bar wasn’t just all about the Bar this week. We also had a pretty interesting thread about weird things that we do. Apparently a lot of us do the same weird things, so maybe we’re not so weird after all. We also have a thread about how we all stay up way too late. On one hand it’s poking fun at how it’s not really a bad thing, on the other hand it’s an open discussion about things we have done late at night, video game related or otherwise.

That leaves us with the challenges. As I said earlier, last week’s challenges are being extended because of my negligence. They should be extremely easy to complete given how easy they were to begin with. For convenience I will list them again. See you in the forums, Sega-addicts.

Forum News: The Gang’s All Here

Forum News: It was a good week