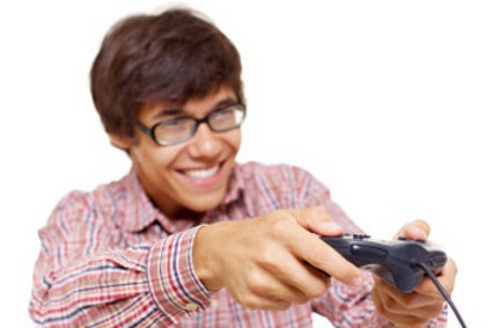 Update: Due to site problems I wasn’t able to include Michael in this week’s article until now. It’s in there now though so have a read!

Hello once again friendly folks and welcome to this weekly celebration of what games the Sega Addicts staff have been playing over the week. Once again this article comes late, but that just makes it all the more SPOOOOOOOOOKY! Oh wait it’s not Halloween yet?

Oh. Well hit the jump anyway to see what we were playing in the week, yo!

Alex Riggen – Editor-in-Chief:
I’ve started up Dungeon Siege 3 on PS3 and I’m liking it way more than I expected. I bought it for really cheap a few months ago for the sole reason that Obsidian developed it as I have no experience with the previous games in the series. It’s a basic loot based dungeon crawler but Obsidian did a great job in wrapping the constant loot drops and dungeon crawling around a decent story and that combo makes it pretty hard to put down. I don’t know what it is about Obsidian’s games this generation but I’ve loved pretty much everything they’ve developed this generation. They’re not always the most polished but with this, Fallout: New Vegas and Alpha Protocol, I’d definitely call them one of my favorite developers. I can’t wait for their South Park RPG next year.

In addition to Dungeon Siege 3 I’ve played a little of Flower, Sun and Rain on the DS. I don’t want to jump to conclusions but it may be the Suda 51 game I’m most able to tolerate from a gameplay stance. I love his settings, visuals and story but struggle to finish games like Killer7 and No More Heroes. Flower, Sun and Rain is a much more basic adventure game with basic puzzles and I don’t find myself getting frustrated from an overly difficult boss or section of the game. That said, I’m not very far into the game so everything could change. Plus, I did really enjoy Shadows of the Damned but it felt a little different from Suda’s other games.

Michael Westgarth – News Editor:
I haven’t had much time to game this week due to preparing for my trip back to my native land of England to visit my family. However, I did hit up the good old Xbox indie game selection with my little brother last night…

No Luca No: Forget about whatever AAA title you’ve been dying to get your hands on, No Luca No offer the perfect blend of action and strategy as you aid a brave you man fend off his cat, Luca. It’ll make you laugh, it’ll make you cry, but above all it’ll leave you wanting more.

Try Not To Fart: Another quality game by the maker of No Luca No. Their minimalistic approach to game graphics, which are clearly produced using the very latest version of Microsoft Paint, complement the simple puzzle gameplay. This game turns the genre on it’s head, however, as failing at the game results in the most satisfaction. Will you be able to brave the onslaught of flatulence in your quest for poontang?

Stevie Grant – Features Editor:
In the week I decided to randomly go back to Elite Beat Agents for a quick play through which ended up as a not so quick re-visitation. That game just gets so addictive, and despite the soundtrack mostly consisting of whiny teen punk rock it absorbs me so much that I can’t help but get stuck into it. Also the final track rocks so hard.

I also joined the Press Pause Radio site crew with a Hotline Miami review which you can check out here! I can see it being a really important game and it’s a great example of passive storytelling in games which deserved to be seen. Seriously go check this gem out.

I also went back to the very first Megaman game for some bizarre reason. As much as I love the series that game really doesn’t hold up as well as Megaman 2 or even the less well received later titles. It kind of feels like a prototype of it’s own genre in how basic it is. I also found the game design to be a little bland and unfair (not in the good sense). Fortunately the trail and error process of this game was fleshed out and perfected in it’s sequel. But yeah it’s not that well worth replaying to be honest and for a Megaman novice you’d be best starting off with 2. Seriously go play Megaman 2 if you haven’t. I literally won’t get off your case until you do.

Scott Morrison – Site Writer:
Since I’m reviewing it for Halloween, I have been playing a good bit of Splatterhouse 3. I would tell you what I think of it, but then you wouldn’t read the review! D’oh!

Anyway, I finished Leon’s campaign in Resident Evil 6. That game boggles my mind. It tries so hard to do so many different things and somehow seems to fail at nearly every attempt. Why did I have to swim under water? Why was I using the shoulder buttons to climb a rope? Why did I fly a helicopter? It’s as if Capcom took a note from Duke Nukem Forever and tried to make RE6 relevant to everything any video game has ever done. I’m surprised there isn’t a racing mini-game (but you do drive a car!). My RE fanboy rage knows no bounds. After finishing Leon’s campaign, I decided I wouldn’t be able to sit through 2 more stories and traded the game towards Doom 3: BFG Edition, which I have not had a chance to play yet.

I wish my Games of Week was less bitter, but it’s difficult when a company destroys a franchise you initially purchased consoles solely for.

On the plus side, I plan on pooping my pants out of joy and fear when I dive into Doom 3 to celebrate Halloween!

So that was this section once again! Are you guys excited for Halloween? Got any scary games on your list that you want to indulge in tomorrow? Let me know in the comments before a ghoul comes and spooks you out! Boo!

Guardian Heroes will be out… TOMORROW! [UPDATE]

Sega and BBC could evolve entertainment with Orbi