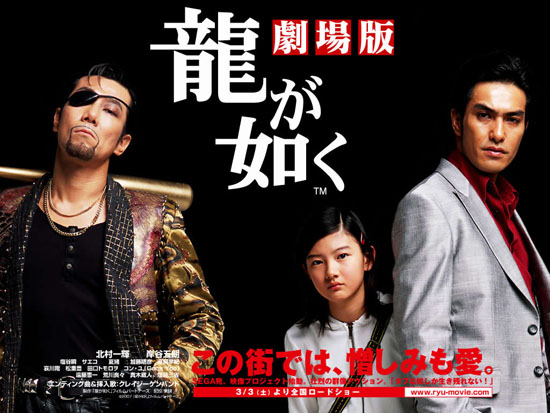 With the twisting storylines, unique pacing, face-smashing combat, awesome music, and beautifully gritty art direction, the Yakuza franchise practically asking to be turned into a good old fashioned crime film (or five). When I first learned of Ryu Ga Gotoku: Gejiko-ban (Like a Dragon: The Movie), I was incredibly excited. Although I’d never seen a film by director Takashi Miike, I was very eager to see the mean streets of Kamurocho put to film. The trailer only continued to increase my fervor.  However, being a realist in regards to one of my favorite franchises, I expected that with the poor sales of Yakuza 1 and 2 the film would never see the light of day in the US. I even contemplated getting a bootleg version (presumably from its showing at the New York Asian Film Festival), simply to satisfy my curiosity. However, shortly around the time that Yakuza 3 was announced, Tokyo Shock announced that they were bringing the film, now renamed Yakuza: Like a Dragon to the states. Now that I’ve seen the film, was it worth the wait? Did it live up to the incredible game it was based on? Was it at least better than your average video game film?

First and foremost, I have to say that visually, this is one of the most incredibly accurate video game movies I have ever seen. The streets of Kamurocho are almost identical to their ingame counterpart (partially because Kamurocho is based directly off of Tokyo’s Kabukicho where the movie was filmed) and they glow with a seedy neon charm. Stores in the film are even laid out precisely according to the game’s designs. It’s incredible to see these in-game locations come to life and it shows a level of care not found in most game movies.

Another thing that brings Yakuza to a level beyond most videogame movies is the sense of irreverence that pervades the whole thing.  To remain true to the spirit of the game, the fight scenes are absolutely unbelievable, with Kiryu even bursting into blue flame when he hits “heat” status. The world of Yakuza: Like a Dragon has a very lighthearted tone, despite the intense violence of the film. There’s even an incredible scene in which a power-up is used. Miike is well aware that he’s making a videogame movie, and you can tell he’s enjoying the whole thing.

In addition to fantastic cinematography, the costume design and casting is (for the most part) top notch. Characters like Haruka, Yumi, and Fuma (here renamed Kazama as in the Japanese games) look practically perfect. Of particular note is the absolutely insane Goro Majima as played by Goro Nishitani. Aside from the costume crew’s fantastic work replicating his signature look (aside from giving him an undershirt and moving his eye patch), Nishitani nails his Majima’s total disregard  for the well being of his fellow man. During the course of the movie hands out baseball bat beatings with alarming regularity, kills someone with a home run ball to the head, and wakes up in an ambulance and proceeds to steal it. Nishitani manages to pull that all off with style. He’s Yakuza‘s equivalent of Batman‘s Joker. Much like a well-cast Jack Nicholson stole the show from Michael Keaton in that film, Nishitani totally overpowers Kazuki Kitamura’s Kazuma Kiryu. Although Kitamura has the swagger down, there’s something about his Kiryu that isn’t quite right. Although his leisure suit looks perfect, this Kiryu just lacks the intimidation factor of the game’s. The fact that his overly long hair makes him look younger than the character should be doesn’t help either. I hate to dock an actor for his haircut but it just doesn’t look right, and makes him less believable as the “Dragon of Dojima.”

One of the numerous fight scenes with the insane Majima

Now it’s time for me to address a few gripes with the movie’s plot. As I mentioned before, the Yakuza games generally have incredibly good stories. Miike takes about half of the basic story from the first game, and strips out all of the character development. About half of the first Yakuza game is about explaining Kiryu’s relationships with his orphan pseudo-siblings/best friends Nishiki and Yumi, and when you finally meet up with them there’s a big emotional impact. In the film, they appear in a similar way, but because of the lack of back story given to their characters, you don’t know who they are, nor do you care. This is not due to a lack of time, either.

Miike seemed to decide that instead of making you care about the characters from the game, it would be a better use of the film’s 110 minute running time to create three or four subplots that focus on entirely new characters. The first is about a couple of inept robbers who rob a bank with no money and a malfunctioning air-conditioning system. Their hostage situation takes some genuinely amusing turns, but is only tangentially related to the main plot. The next is about a young couple who decide to go on a stealing spree. This was somewhat interesting, except for the fact that Yui (as played by actress Saeko), the girlfriend in the relationship, is annoyingly cutesy. Imagine Final Fantasy XIII‘s Vanille, but much greedier and somehow more grating. There’s also a subplot about a Korean agent which ends up making the deaths of certain characters entirely useless, further invalidating any of the importance of the story of the game. 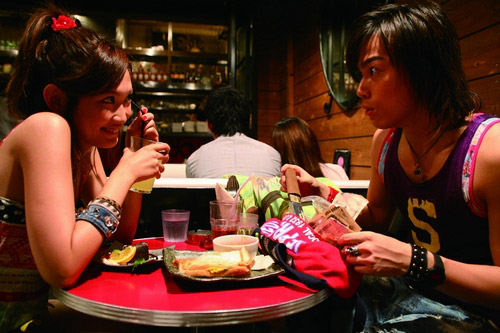 Who are these people and what are they doing in my Yakuza movie?

While these stories initially show promise and some of Miike’s new characters are kind of interesting (like the creepy masochistic information seller), much like the main storyline, they lack the time and weight that they deserve. It’s a shame, too because I got the feeling that the subplots would work as some kind of Kamurocho short film series. Miike tried to tackle too many things at once and failed at most of them. He’s so close to a great movie with Yakuza, but he never quite gets to that point.

Overall though, is Yakuza: Like a Dragon worth watching? If you’re a fan of the series, then yes. It’s worth the time simply for the visual successes of the film. If not, you’re stuck with an esoteric, underdeveloped film with a bizarre sense of humor. However, for Sega’s first attempt at a live-action film, it’s a noble effort.  There is so much that the movie does right, it almost makes up for the frustrating story. As a Yakuza fan, I give this movie a C+.

The visuals, the fight scenes, the humor, the powerups, and the seemingly immortal Majima

The butchered story, Kiryu’s hair, and the adorably grating Yui. 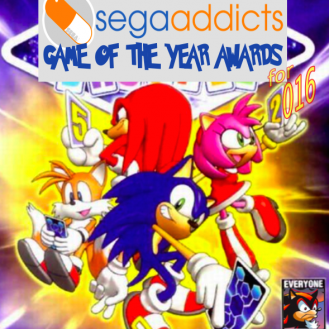