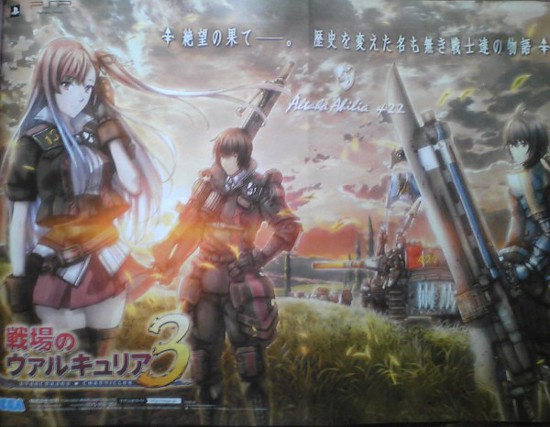 The latest scans from Japanese magazine Famitsu reveal that Valkyria Chronicles 3 will indeed be made for the PSP. In addition, other info was also revealed like new characters and which group of people you will be playing as which is a group of military offenders called ‘The Nameless’. The game will be set in the same time period as the first Valkyria Chronicles game.

That’s all the info on Valkyria Chronicles 3 we have as of now and considering we only knew of it’s existence a couple of days ago, I’d say that’s a good turn out. What do you think? Are you excited to play this?

Hatsune Miku ships over a million in Japan

Sega is having a 48-Hour Appstore sale!