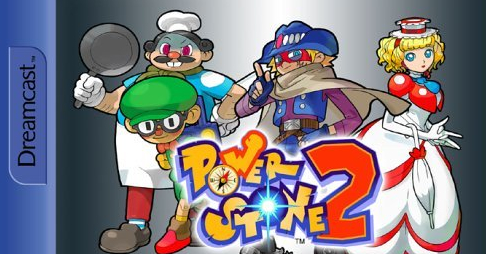 Power Stone 2 is a game near and dear to the Sega Addicts.  When it comes to four player brawlers, it can’t be beat (suck it Smash Bros).  The game itself is hilariously goofy.  Weapons like extending poles, water guns, and megaphones that screech “WAAAAA!!!” enliven gameplay and enrage friends when they get locked in a sarcophagus.  The levels are multilayered and I’m still discovering new areas.  The characters are colorful, uniquely designed, and have outrageous moves.  But the strangest part of Power Stone 2 was when you collected three power stones and went into Power Charge mode and your character became more powerful and much more strange.  Hit the jump to check out the top six freakiest Power Charges. 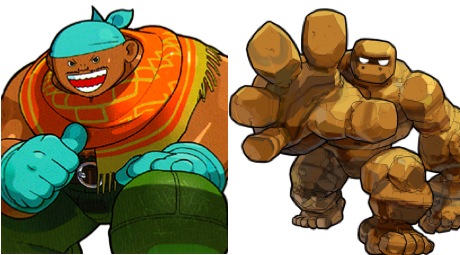 Big props on the name.  Gunrock is the strongest and slowest fighter in the game.  I bet you can guess what he turns into. A rock man of course.  While not the most original, it is effective with sheer power.  His power charge move Rock n’ Roll, get ready for this, makes Gunrock turn into a living boulder and roll over the other fighters.  The time they must have put into this special move had to have taken minutes, probably while in the john. 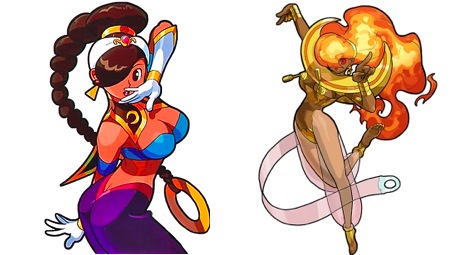 In charge mode, she becomes Flaming Beauty.  ‘Flaming’ because her hair is on fire and ‘Beauty” because her boobs are hanging out and have golden tassels covering up the R-rated bits.  Her special move Summon Giant summons a giant head that shoots fireballs directly at her opponents.  You can’t look away from her for so, so many reasons.  All of them are disturbing(ly hot). Pun action! 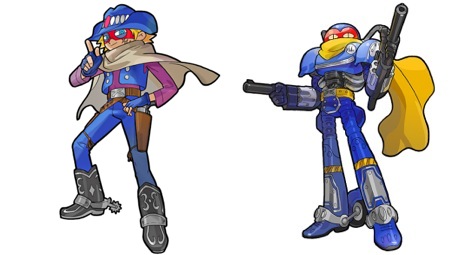 Accel is a cowboy who becomes a cowboy robot with revolver forearms in his power charge.   Not really a stretch, but his charge move…hooo boy.  Wild Buzzsaw makes him a giant spiked wheel with flaming exhaust pipes.  Its like someone got Wheelie from Kirby games, enrolled him in a biker gang, and then sent him to hell.  I’ve heard of road rash, but never road thresh! Now I’m two for two with puns.  I better stop while I’m ahead. 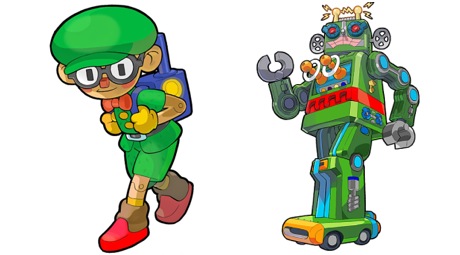 Pete is a toy brought to life a la Pinocchio with a bunch of nerd thrown in.  His power charge, Invention Boy, is a robot that flails more that Alpha-5, thankfully no Ai-ai-ai’s though.   His special move, Toy Parade, brings several nutcrackers to the battle, all of them shooting bullets and dealing massive damage.  And you were only worried about tripping over a toy when you come home after your long day of work only to find your son hasn’t cleaned his room and dinner is spaghetti, AGAIN!!!  Toys are frustrating, man. 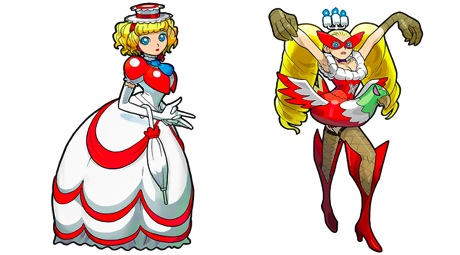 What makes Julia’s Powercharge so strange is that it’s so different from what she normally is.  Gone is the southern belle and out comes Secret Grace, who looks as is she’s a professional wrestler.  She shoots lasers out of her duck floatation device with a crotch thrust and has a candelabrum on her head for good measure.  She also can turn into a Merry-Go-Round and take you out of the game faster than your grandpa moves for the carousel’s one bench seat.  Fairly quick, that is. 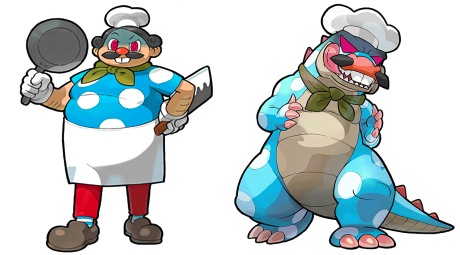 If I saw a dinosaur wearing a chef’s hat, I would run the opposite direction and not stop until I hit an ocean.  If that same dinosaur had polka dots and a neckerchief, I would think about how cute that was as I was sprinting for my life.  His special move, Chef du Franmu, conjures a pot of stew, which spews its ingredients as homing missiles.  His other charge attack, Plat de Resistance, engulfs him in flames as he spins like a ballerina around the arena.  The strange cuteness of his appearance and his crazy attacks easily land Evil Chef on the top.  Why is he so evil?

Why is Jack not on the list? I think his Power Charge appearance is too close to his normal appearance.  When you look like a mummy-bug-Voldo mix, where can you really go?  Disagree? Let me know in the comments.