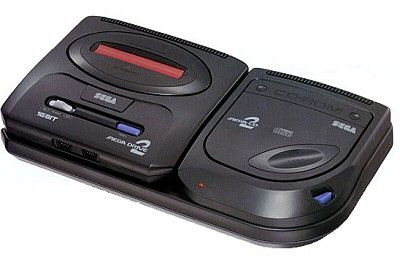 Sega stopped supporting the Sega CD in 1995. Nine years after first party support had ended, Good Deal Games (GDG) breathed new life into the add-on with the release of Digital Pictures’ unfinished Citizen X. Digital Pictures was infamous for poorly received games on the Sega CD with such releases as Night Trap, Sewer Shark, and Marky Mark: Make My Video. Is Citizen X worth dusting off your Sega CD, or is this just another blemish on Digital Pictures’ record? Find out after the jump.

Thankfully, Citizen X is not an FMV game. It is a side-scrolling beat ’em up, much in the vein of Double Dragon, combined with dungeon exploring elements. After terrorists have gassed the city, you are left as the only survivor. Due to your proximity, a secret government agency enlists you to find the antidote in a terrorist lab deep within the sewers. You are code named Citizen X and given 15 minutes to find the antidote and save the city. Though the premise is a bit silly, it is quite unique when compared to many other side scrollers of the era. 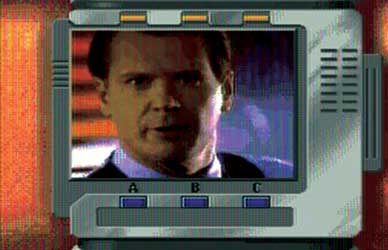 Citizen X’s story is advanced through a series of FMV cut scenes. These scenes intersect gameplay much like the FMV scenes from Shinobi Legions. Like most of the FMVs from the era, the scenes are quite laughable and over the top. Thankfully they are still entertaining in the same corn-ball effect as the original Resident Evil’s FMV or the voice acting from the House of the Dead series. After just a few moments of gameplay, the 15 minute time limit felt like an excruciating eternity. The game consists of exploring the sewers for power ups, health, time extensions, and advancing to the antidote. Along the way you will encounter generic terrorist punks and sewer critters to battle with. You may punch them or use weapons. The controls are as standard as the gameplay. The D pad controls Citizen X, A is used to jump, B is used to punch, and C is used for weapons. Attacks and movement feel just a bit stiff and delayed.

The graphics and music leave a great deal to be desired. Rather than push the limits of Sega CD’s expanded color palette, Citizen X looks more like an early Genesis game. Both character sprites and environments lack detail. The sewer backgrounds look so uninspired that I found myself lost due to lack of detail. The music also shares characteristics of the early Genesis. The game’s generic synthesized beats do not sound as though they are taking advantage of the sound channels granted by the Sega CD. 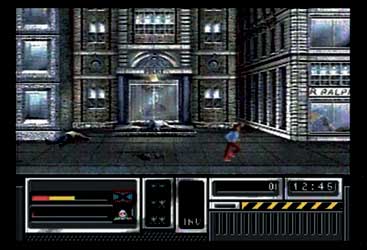 My mother always taught me to leave things better than when I found them. I wish GDG’s mothers had spared that same advice. Before publishing, GDG had the opportunity to pickup this game from Digital Pictures and polish the game’s many shortcomings. The idea of combining the beat ’em up and dungeon exploring genres with the 15 minute deadline could have been developed out into a much more inspired game. Instead, the extremely generic Citizen X feels like a cheap attempt to cash-in on the hopes of retro gamers. I suggest saving your $22. If you must experience some beat ’em up action on the Sega CD, you can find Final Fight CD for about $15 on Amazon. The tight gameplay, well drawn aesthetics, and stellar soundtrack make a wonderful antithesis to Citizen X.