Long before Sonic had his own RPG with 2008’s Sonic Chronicles, he was already making cameos in various other titles in the genre.  The Blue Blur has been seen in such series as Phantasy Star and Shining Force.  You can catch Sonic’s cameo exploits after the jump. 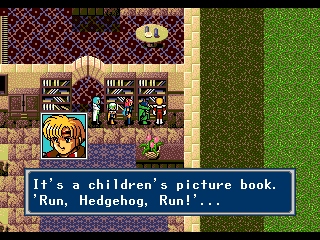 One of Sonic’s earliest RPG references was in Phantasy Star IV.  While visiting Saya’s Grammar School, you can find a book titled Run, Hedgehog, Run!

Phantasy Star IV would not be Sonic’s last foray in the franchise.  Sonic Team would bring back the Blue Blur in both Phantasy Star Online and Phantasy Star Universe.  When visiting the game lobby on June 23, it will be decorated in celebration of Sonic’s birthday.  He even makes an appearance to celebrate his birth.

Crusader of the Centy is an action RPG featuring a young boy with the ability to talk to animals.  At one point, the main character will speak to noneother than a blue hedgehog lounging on the beach.  You can catch the cameo at 18:25-18:31.

Upon waiting three minutes after defeating Shining Force II, the option to continue will appear. This will bring you to a secret final battle with many of the game’s major bosses.  When viewing the battle map, you will see that it’s in the shape of Sonic.  You can see the zoomed out map at 00:20-00:23.

Popful Mail features an adorable elfish bounty hunter as she ventures to stop an evil wizard.  The Sega CD version features an animated opening where the protagonist looks over a bulletin board. Upon closer inspection, you will see Sonic’s image in the top right hand corner of the  board.  Keep your eyes peeled on the video above from 06:20-06:29.

Sonic has several cameos in the self-referential Segagaga.  One of the most humorous is Alex Kidd sharing how he was usurped by the diva-like hedgehog, resulting in Kidd becoming a retail clerk.  You can catch all of Sonic’s Segagaga cameos in the video above. 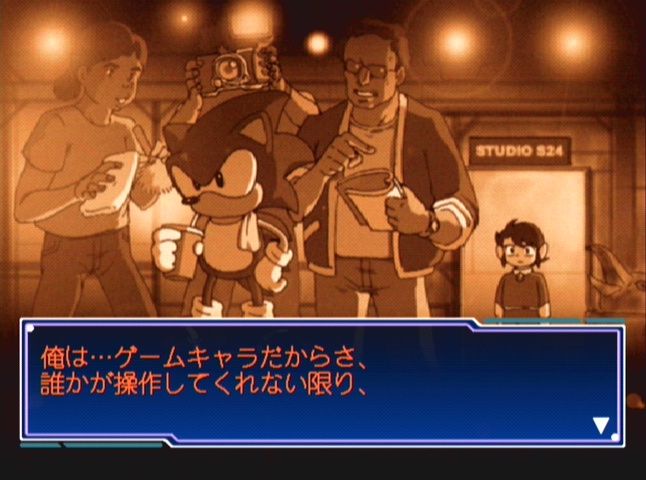 Sonic’s cameo retrospective is far from over.   He has also been spotted in platformers, horror games, sports games, and even on competitor consoles! Stay tuned for more of Sonic’s cameos.