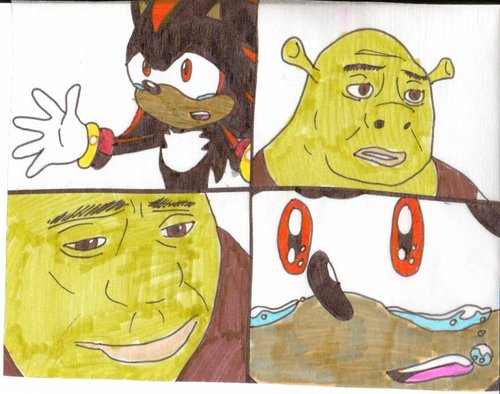 Hello and welcome to a non-Easter version of this thing. Today’s ‘what we happen to have been playing’ however is different because it is topical! That’s right it has nothing to do with games or Sega but because Bin Laden died, this is now the topical edition of this, which will be outdated in about a week.

So yeah woo. Being topical sure is fun! You know what else is fun? Hitting the jump. Go on do it. Hit that jump.

Stevie Grant- Writer of Top 10 Worst and Boss Attack:
I finally finished the second season of Sam and Max. Pretty good overall. Can’t wait till the next series (which I’m starting Wednesday) which is apparently a lot darker. Ohh. Spooky. But yeah that’s it. I replayed a bit of Henry Hatsworth because I love it so much. Do you love it? If not go play it. Now.

Alexander Sargeant- Writer of Retro Reviews:
I’ve been playing ‘CATASTROPHIC COMPUTER FAILURE’ on two counts. The laptop is having a HDD failure of almost epic proportions (Backed up, thankfully) and the PC refused to let me install the drivers for the ‘PCI Management System’, which I’m hoping is actually as important as it sounds. Otherwise I didn’t fix anything at all.

Mortal Kombat mostly, which is sort of awful. It’s good fun in ways, as it looks pretty and has a lot of content, but it’s also incredibly difficult and has the most infuriatingly nonsensical inputs I’ve seen in a 1-on-1 fighter. Loads of characters have forward firing projectiles, but for Stryker it’s Back-Forwards-Square to fire his gun, and as Sub-Zero it’s Down-Forwards-X to throw an ice bolt from his hands. I don’t know why they aren’t both fireball motions, and I have no idea why the hell shooting ice from your hands should require the use of one of your kick buttons. It’s stupid, and I hate it. Other than that, the story is actually fairly enjoyable, and Johnny Cage is a hero.

Also played the trio of XBLA games. Outland is decent, if a little simplistic at times, but very fairly priced. Trouble Witches Neo is just as fun as it was when it was released as a doujin PC title only now it looks prettier. Not the best cute’em up, but definitely better than say Otomedius. Finally Cave’s Nin2-Jump, which is a gloriously fast-paced platformer. Over in an hour or so, but totally worth the tiny price, especially as the proceeds are going to Tsunami Relief efforts.

Also if anyone else noticed that three games were released on XBLA and the only one that had nothing to do with bullet hell shooters was the one from Cave, give yourself a pat on the back and just stare queerly at the screen. Very weird week.

Josh Newey – Writer of With Great Power Comes Great Games and Underappreciated Gems:
Holy Hell have I been playin’s da videogamin’s. I have been gorging myself on Conduit 2 for review, and as you can see from the stuff I wrote with words, it alternately delighted and frustrated me. Conduit 2 would have been a good starting point for the series… At least in terms of gameplay. If anybody’s got a Wii and Wii Motion Plus, I highly recommend trying out the multiplayer at least. Based on the way multiplayer usually goes for the Wii, though, I have a sneaking suspicion that I won’t have anyone to play with in a couple weeks. Oh wellsies.

While Conduit 2 kind of took the spotlight this week, I’ve also been fiddling a bit more with Rayman 3D, which I am still enjoying despite some frustratingly unfair memorization bits. I also got Big Bang Mini for a mere 5 bucks on ebay, and I’ve been enjoying that in bits and pieces while pooping. On the toilet of course. Well not ON the toilet. IN the toilet, rather… Um…. I’m going to go….now…

John Doherty- Writer of Take Cover:
I played a ton of League of Legends as usual this week. I also played a lot of Pokemon Pearl. I know I’m late to the party on that one, but honestly all Pokemon games are the same. Beyond that just enjoying my spring break by going outside occasionally.

Damnit now I have that song in my head.

Alex Riggen- Editor in Chief and Podcast Host:
I finished up Cryostasis and am relieved that it was worth the effort. The game should be about half its length as you’ll be seeing the same environments and enemies for most of it but the last couple hours were definitely some of the most creative and fun moments of the game. The final boss fight was a little frustrating but impressive looking nonetheless. I only really recommend the game to horror fans who want to try something different.

After that I played the final episode of Sam and Max Season 1. I played the first 5 about a year ago and never finished the season for some reason. It was alright, but after attempting to play point and click adventure games for years and trying to like them I just can’t get into the gameplay. I love the story and the characters but I have more fun just working through the game with a walkthrough rather than trying to figure all the puzzles out myself. I’ve heard Season 2 improves the formula and I already own it so I’ll be giving that a spin someday.

Well what do ya know? Now Mr.Big Rig himself is trying out Sam and Max! Woah! Either way that’s it for this topical edition of whatever you’re reading. Leave some comment or whatever you do. Last week Stooball posted a great Sonic Easter egg! Can you out do him? No? Well at least give it a shot you lazy buggers! See you next week. Laters.