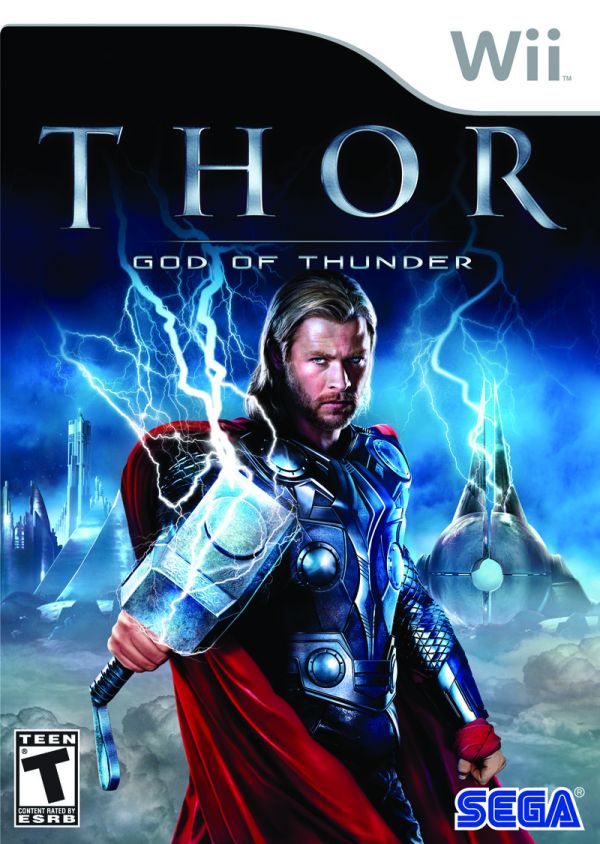 Thor: God of Thunder takes players on a journey through the Thor universe. The game is a quick 3D brawler featuring combos, a leveling system, and of course Thor. How well does the Wii version of this game fair against its HD brethren? Hit the jump to find out!

The controls of the game are one of its worst features. Action games like this that are built around chaining together attacks to create fun combos absolutely must have tight controls, something that waggling Wiimotes around can’t provide. While some combos are intuitive to execute, others will leave you scratching your head about what arbitrary flailing motion you should be making with your arms. Another annoyance is how often you will accidentally do the wrong combo; this can be devastating during the boss fights. Because shaking your hands with the remotes forms the bulk of the combos, make sure to have some ice on standby. After an hour or so of play your wrists will be unbelievably sore from all of the motion. 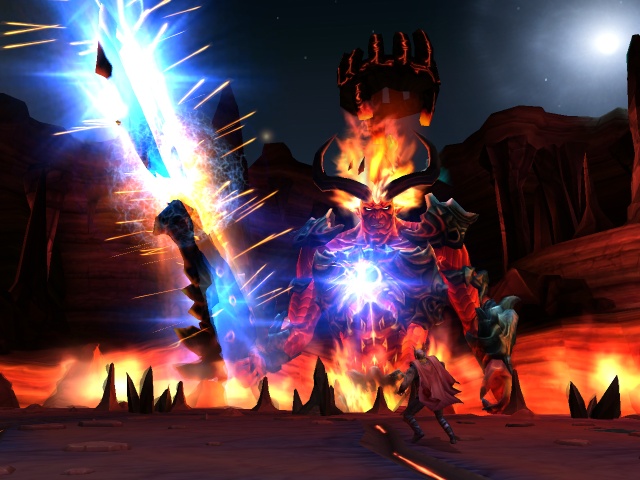 Visually this game is a mixed bag. The environments are hideously blurry and poorly modeled, while the bosses are very well designed and look great. I can’t bag on the graphics too much, it is a Wii game after all, but I know the Wii can do better than this. The enemy models, which are mostly well designed, are recycled far too much. Leaving you with about three unique models per level. Combine that with the very short game play time of around 6 levels and, well you do the math. The levels themselves are pretty varied; however it’s all standard fare. The best part about them is that a huge portion of the environment is destructible. This starts off being very enjoyable, but around an hour or so in you will forget that you can bash things. 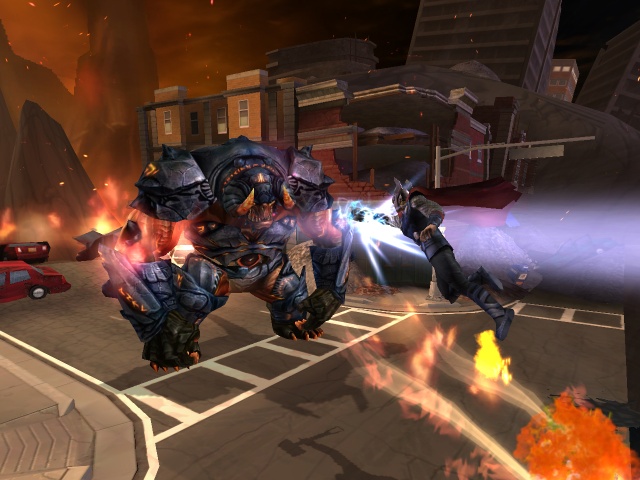 The bulk of the game play revolves around you killing an unknown number of enemies until a door is unlocked, or until you go to a key point in the level and execute a quick time event. It gets very stale very fast. This problem isn’t helped by the terrible controls. The difficulty is also all across the board. It will go from annoying easy, to frustratingly difficult in an instant. The camera complicates matters even further. While 80% of the time the camera is perfect, the other times it will murder you. The fact that you can’t move it, or even pause to look around, is very limiting. 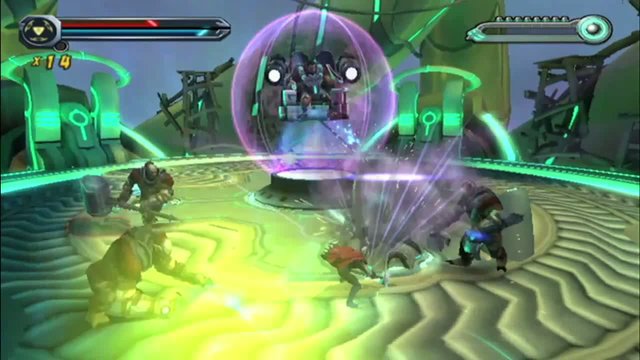 The combo system is fairly interesting. The higher your combo count goes the stronger your abilities become. However it’s so easy to keep your combo count up due to how resilient all of the enemies are that you will always be powered up by your large score. Let’s talk about the abilities themselves. Some of them are fun to use, while others are a chore. One of them charges up your hammer with lighting, causing your melee attacks to do a lot of extra damage. The fact that this is so powerful, coupled with the high health pools of the enemies, means that if you aren’t always turning this on you are going to lose. It only lasts around one minute, so I hope you enjoy going into your spells to turn it on. 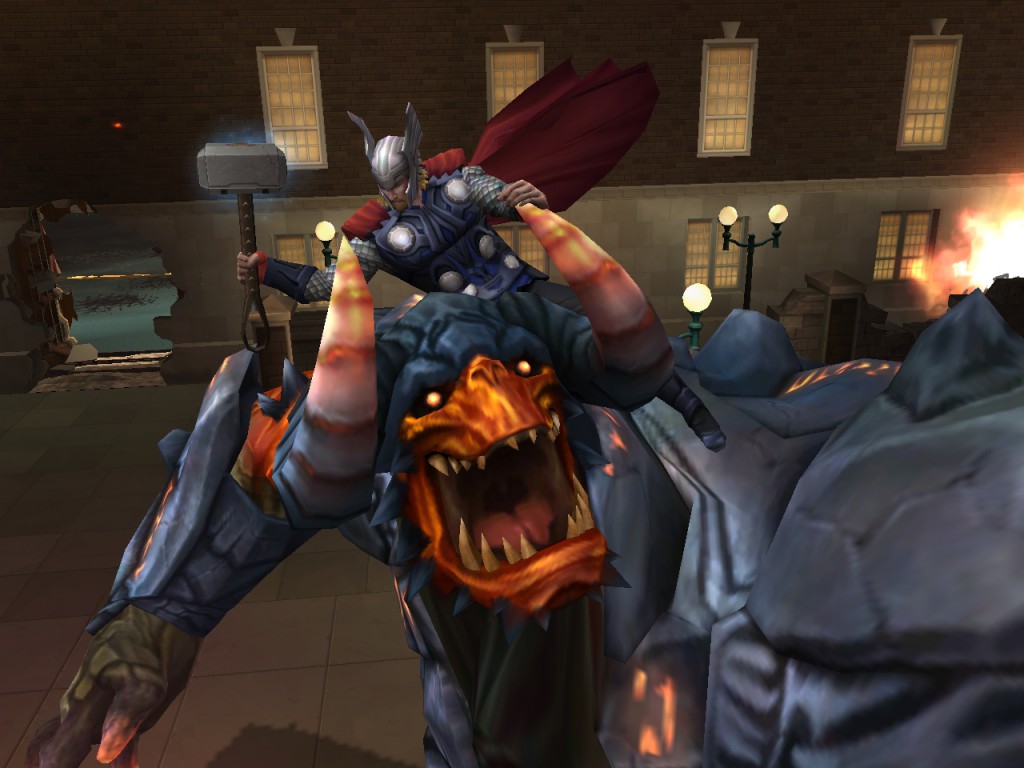 One of the game’s biggest flaws is that it’s based on Thor. Thor in lore is always using his hammer Mjolnir. Brawling games become stale very quickly. To help this brawling games are constantly giving you new weapons to master. Well because Thor only uses his hammer, the combat becomes a laboring task. It gets to the point where you will rush the objectives and run past as much combat as possible. The developers try to keep you interested by allowing you to level up your abilities, but it feels like too little too late. 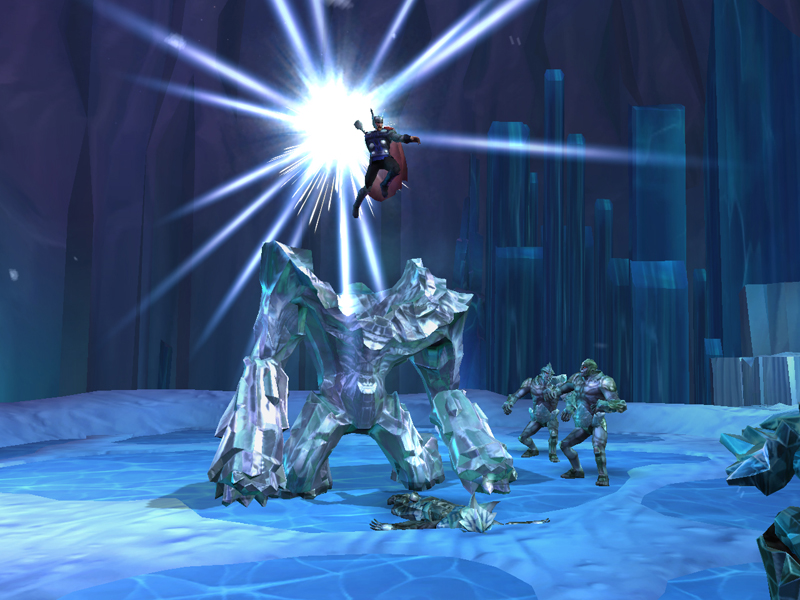 The most fun part of the game for me was collecting all of the concept art. It can be found by exploring the very small areas, or by smashing up the environment. The concept art is all very beautiful and can help lend something to the tedium of shaking your arms around.

The presentation of the game is abysmal. The pre-rendered cut scenes feature audio that doesn’t always sync to the action. The cut scenes themselves are in a pretty interesting comic book style. So watching the story unfold is like reading the comics. The only problem with this is the characters faces are generally locked in ridiculous positions. This is really distracting from the story as you spend your time wondering who drew Thor that way. The story is also pretty poor. Not only do you have to have a decent understanding of Thor’s mythology just to understand what anyone is talking about, but the dialogue is so poorly written that even if you were a Thor savant you wouldn’t know what was happening. 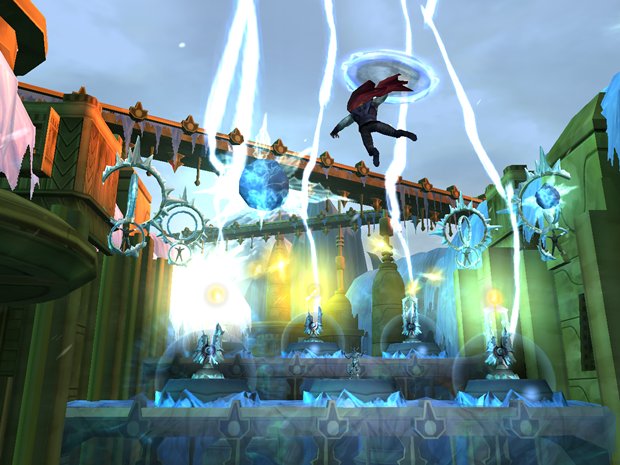 I don’t mean to sound overly negative about the game. For brief periods of time the game is enjoyable. It’s just that they stretch the enjoyable parts so thinly over the six hour game that the fun will quickly wither away. The best part of this game is the flying sequences. They are simple to control and really feel right. They feature Thor flying around large environments calling down lighting to smite his enemies. They are fast and really help wake you up from flailing the same combo over and over again.

All in all Thor: God of Thunder is a game that showed a glimpse of promise, and then proceeded to wear itself out. Poor controls, mindless repetition, and overly recycled art assets, makes this game not worth picking up. Even Thor super fans should avoid this.

Thor: God of Thunder gets a D