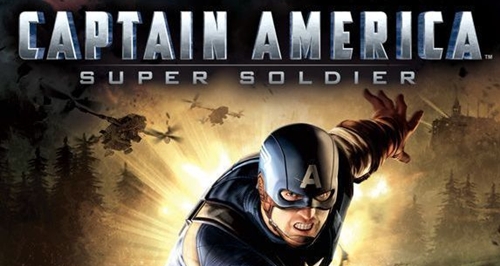 We know the usual score with movie tie-in games. They are, for the most part, usually the worst games ever, with only a handful of them actually being good. Case in point, look at Sega’s universally panned Thor and Iron Man games. I’ve yet to come across a single person who liked those.

But, it was supposed to be different with Captain America. With tons more development time than your usual movie tie-in, and the game’s feel giving people flashbacks to Batman: Arkham Asylum, could we be seeing that trend bucked? Hit the jump to find out. 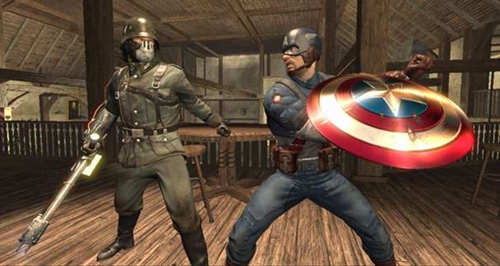 Graphically, it’s a mixed bag. Our hero looks GREAT, and there are some nice bits of scenery, but for the most part it’s just a bit bland, if I’m honest. The other characters just don’t seem to fit in when compared to Cap’s highly detailed model, animations are continuously recycled and a bit janky at points, there’s barely any variety in enemy designs, and environments are reused constantly, to the point of confusion.

For a perfect example of this, I spent hours down in the sewers (Yes, prepare thine buttocks, there is a sewer level) trying to find my next destination and failing, because everything looked the same, and the map, which for some reason doesn’t appear on the HUD and instead has to be accessed by pressing Select (what is this, 1999?), is pretty much useless. There were a few points during this that I even considered just giving up because I was so annoyed. So yeah, some variety would’ve been nice. 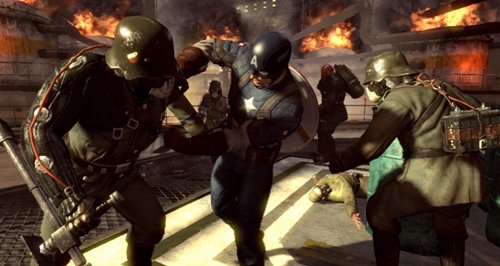 Sound was a bit disappointing. While it was a pretty big thing for Sega to be able to get the actors from the film to come in and do the voice acting, it came across about the same as most celebrity voice acting stints, in my opinion. It just felt forced and uninspired, and some of the cheesy dialogue didn’t really help matters. Add in a forgettable music score, and you’ve got the second straight game I’ve reviewed where I’ve been disappointed with the audio. You can do better than this, Sega.

But the gameplay itself is, oh joy of joys, actually pretty good. I admit, the stigma of movie games had me expecting the worst as I went in, so I was pleasantly surprised that the game was even playable. But I had fun for the most part. While there’s some framerate and animation fluidity issues, Cap controls fine, his moves are simple enough to pull off, and there’s nothing really to complain too much about in terms of execution. 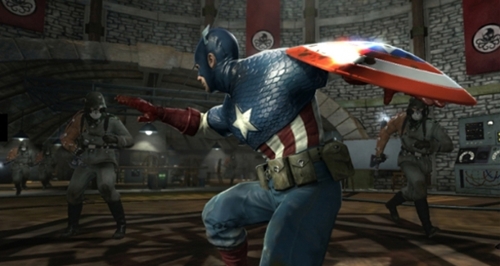 The problem is, it just got boring, fast. Between fighting the same mooks, traversing the same environments, and hearing the same music over and over again, it just started being uninteresting. By the time I got to the endgame, I was having more fun just seeing what I could do with the physics engine (for those who don’t know already, I LOVE the Havok engine) instead of continuing the story.

There’s plenty of stuff to do after the story is finished. You can go back into the game area and just mess around, and collect any unlockables you may have missed, a challenge mode, and plenty of easter eggs to find, as well as one of the easiest trophy/achievement lists I’ve ever seen. But it’ll all depend on if you got bored with the main game first if you’ll wanna tackle it all. 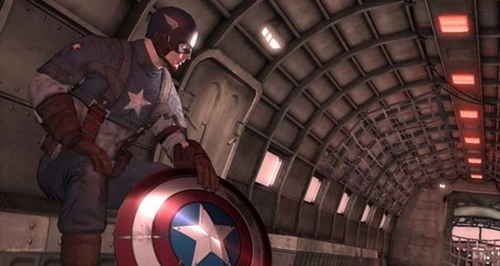 All in all, the game isn’t bad. It is, in fact, much better than I anticipated! For once, there’s a movie game out that doesn’t suck! But is it worth getting right now? I personally don’t think so. There’s worse ways to spend 60 bucks and a couple days, but there’s also far better. I’d say, if you’re a fan of the comic series or movies, definitely check it out, but if you’re someone who only has a passing interest in the game or movie, you’d be better off waiting for the inevitable price drop or renting it.

Review: Game Gear on the 3DS