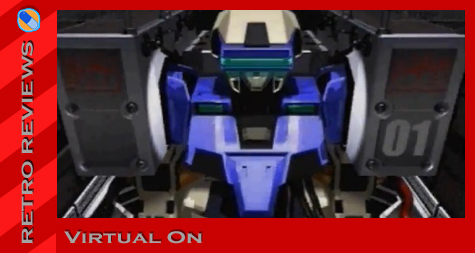 Back when the arcades were the default place for us to spend our time and not just a novelty, Sega was one of the biggest contenders in the market. Even today, what few arcades are left are dominated by Sega cabinets. Hopefully they still work! One machine that you will have to be insanely lucky to find, working or otherwise, is the 3D robot dueling simulator Cyber Troopers Virtual-On.  Fortunately, Sega was also known for their uncanny ability to take an arcade game and bring it to home consoles – an ability that is showcased in this Sega Saturn gem.

Reviewer Perspective: I’ve got big robots…I’ve got some Sega…I’ve got a Saturn…Who could ask for anything more?

Cyber Troopers Virtual-On is something of a darkhorse in the Sega library. Sure, everyone has heard of the series but it doesn’t quite rate its own convention. As far as I know, it is one of the few video game franchises that is so far immune to Internet Rule 34. 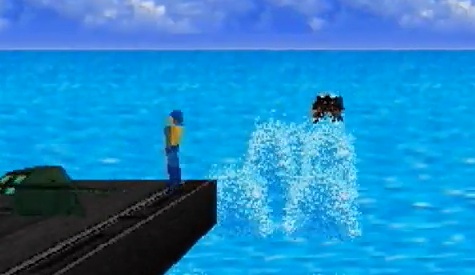 Your Rule 34 caption could be here!

It also is not a series that has been particularly well taken care of. While this first game is pretty awesome (I’ll start the gushing as soon as I finish this little retrospective), the sequel, ‘Oratorio Tangram’ and the Playstation 2 spin-off ‘Mars’ received a lot more criticism than praise. The control schemes got more convoluted, the gameplay never seemed to evolve, etc.

Wait a minute: A beloved franchise that Sega has failed to market well or develop decent sequels for? Whelp, that only describes about half the Sega catalog.

Oh but this first game is just wonderful. There is something of a story to it but I am not going to pretend that I know what it is: All you need to know is that you are piloting one of eight large Virtuoids. Each Virtuoid has a great amount of thought put into its design – just by looking at each you can accurately guess what type of game play it comes with. There are fast, melee based virtuoids, slow virtuoids with heavy weaponry, and even a pink one for the ladies. 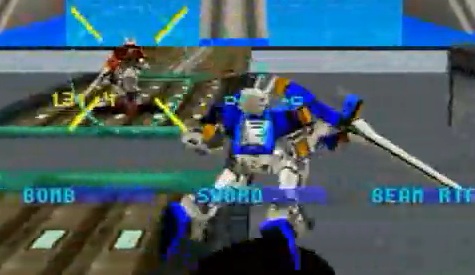 The gameplay is fast paced and will be instantly familiar to anyone who has played From Software’s early Armored Core games. You guide your robot through a 3D battle arena using every weapon in your arsenal to explode the robot you are facing off with. A key to this game is the need to balance movement, offense, and defense: Just shooting like crazy will do you no good. You have to move to evade attacks and you are constantly challenged to maintain a lock on as your opponent attempts to outflank you.

In the arcades, Virtual-On was controlled with an amazing dual stick set-up, perfectly replicating that big robot style that big robot fans have been in love with since the late 70’s. A similar set up was designed for the home console but it is not an easy (or cheap) piece of equipment to come by. For this review, I used the Sega Saturn’s North American model 1 controller–a piece of plastic that is almost universally reviled but is quite good for this game–the six big face buttons that get in the way in a 2D fighter are a Godsend for this game. The controls on a controller are a little wonky. Multiple buttons will the do the same thing and it feels a few commands are juxtaposed. Most awkwardly, the dash button and the middle attack button seem to be flipped. Fortunately, you can configure your pad and even if you do not, the learning curve on the default controls is not terrible. 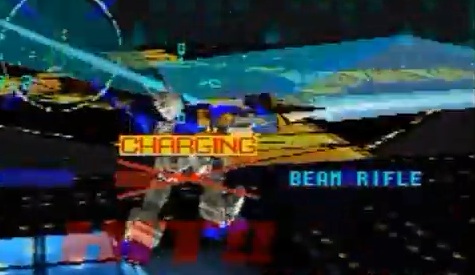 There are a couple of things about this game that do get in the way of the fun. For one, Sega may have been trying to keep a heads up display feel to the visuals by leaving the status bars that represent your weapons right in the middle of the screen–but it just looks kind of ugly, which is a shame because this bright and colorful game is a joy to take in. The difficulty curve is also pretty rough; expect to have no problem blasting through the first few enemies only to be overwhelmed quite suddenly.

Virtual-On really is an arcade wonder brought home. It is bright, fast, and colorful and has a great soundtrack that just screams “Sega made this.” It is also an affordable game for any aspiring Saturn collector on a budget–as long as you are not trying to get the Net Link compatible version.

If you are at all a fan of giant robot games and have a Sega Saturn handy, you really owe it to yourself to try out Cyber Troopers Virtual-On. Yeah the visuals are a little muddy and the controls are awkward but it is still a great way to kill an afternoon. What Virtual-On lacks in flash and depth, it more than makes up for with Sega quirk, great art design, and fast paced arcade fun. 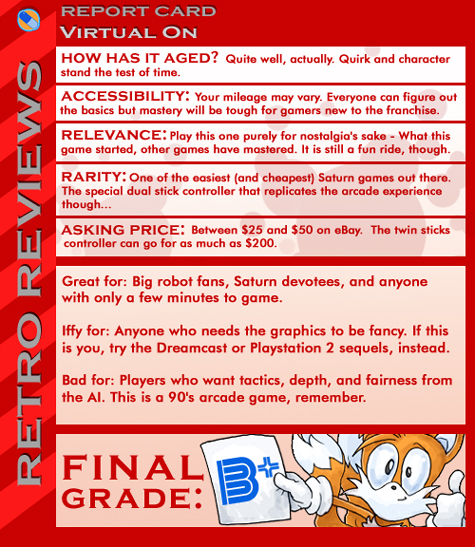