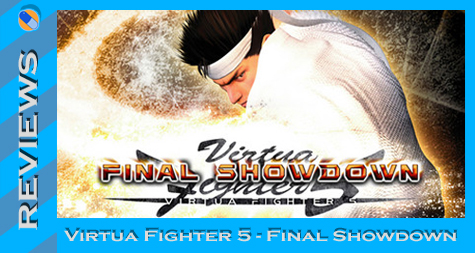 Anyone who knows me knows I love a good fighting game. I’ve grown up on em, they’re my most played genre, and I even get obsessed with em to the point where I’m dropping 80 bucks on figurines of my favorite characters from them. And of course, anyone who knows me knows my favorite series is Tekken. A series that, putting it lightly, doesn’t get a fair shake around these parts in my opinion, mainly because of peoples’ love for one series: Virtua Fighter.

Confession time: My only real experience with VF before the last couple weeks was a quick rental of the original release of Virtua Fighter 5, where I barely played it in favor of a Formula One game I’d been looking for at the time, and due to just not getting how to play it really. Because of that, I simply wrote it off much like the boys on the podcast write off my main series: as boring, unfun, and other negative adjectives and adverbs. However, I started thinking that wasn’t exactly right, so when I got offered the opportunity to review Final Showdown, it was the chance to give the series a fair shot that I’d been looking for.

So, does it live up to the hype that the podcast gives it? Does it outdo my beloved Iron Fist shenanigans? Or was I right about this series all along? Find out after the jump. 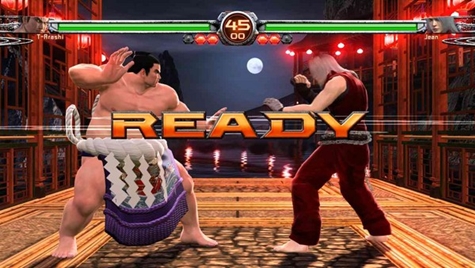 Given the bad taste I had in my mouth from the rental and feeling like the game was overhyped a bit, I wasn’t expecting too much from Final Showdown. In fact, before I dug into it, I was afraid I was simply wasting my money, that I’d play it for five minutes, write a rageful, ranting piece on it, and crawl back to Tekken 6.

But that’s simply NOT the case.

You’d expect a $15 dollar digital release, of a game originally released almost 5 years ago, to possibly lack a little in the graphics department, but it doesn’t. At all. This is one of the best looking 3D fighters I’ve seen on the PS3, easily trumping Tekken 6, and even Soul Calibur V to an extent. Stages look fantastic and vibrant, with nice, realistic effects to each of them, and none of them are overly washed out (or overly orange), breaking the trend in most fighters these days. The character models are damn near flawless. From the little details in the clothing designs, to even little wrinkles in the characters’ fingers, no detail goes unchecked. Add in silky smooth animations, rarely having anything look jerky or out of place, and you’ve got a huge reason to give Sega’s graphics team another round of applause.

As far as gameplay is concerned, I wasn’t expecting to come away from this too thrilled, obviously, but I honestly cannot complain about much of anything. It took me a bit to get used to only having two attack buttons, or having a dedicated guard button, but once I figured it out (thanks in part to the extremely helpful tutorial modes), I was having an absolute blast. Taking the time to learn everything really proved to me how fantastic this game can be. It also helped that the characters were all easy to just jump in and crack some skulls with right out of the gates. But not to worry for the hardcore crowd: there’s loads and loads of depth to each one as well, and there’s no sort of cloning or palette swapping going on between characters either. In a nutshell, I take back everything I ever said about the gameplay being boring or unfun or anything like that.

There’s also quite a lot of content for $15. While there’s no story mode, you’ve got your standard arcade and multiplayer modes, a ton of tutorial content and a sort of trial mode for each character, score attack (my personal favorite mode at the moment), 50 “License Challenges”, Ghost Battle for those who bought the $30 bundle pack, and a basic customization mode unlocked through purchasing specific character DLC, or the bundle packs. While I was a bit let down by the lack of variety in the customization mode’s items, I managed to make a few decent looking customs for Aoi, so I can’t complain too much. However, $4 a character if you don’t get the bundles is a little more expensive than I was expecting, considering the light amount of items you get, so you might be better off waiting for potential price drops on those.

And not to worry–I’m glad to say VF5FS’ online battle is stellar. Other 3D fighters I’ve played have had absolutely laughable netcode (Soul Calibur IV being the biggest joke of them all), but I was ridiculously impressed with how Final Showdown’s worked, and so far, it’s really second only to Super Street Fighter IV’s netcode in terms of reliability and lag. I played 10 worldwide battles, and of those 10, only one was even remotely laggy. Just a bang-up job all around.

If there’s anything about the game I’m a little disappointed in, it’s the sound. While I definitely enjoy the music (Akira’s theme, “Statues”, being a major standout), and I think it’s really cool that they stuck in character themes from past VF games as an easter egg for longtime fans, I can’t help but feel a bit disappointed with the voice acting. While it’s not Resident Evil 1 levels of bad, I think there were only two or three voices that were legitimately great, and one of those was the announcer. While it might be part of the VF charm for some, for a game that sets a genre standard in quite a few ways, having such outdated and low quality voice acting really throws me off. Also, the lack of subtitles for non-English speaking characters is a bit disappointing for those who want to know more about their character of choice. But these are simply small nitpicks that don’t really harm the overall experience. 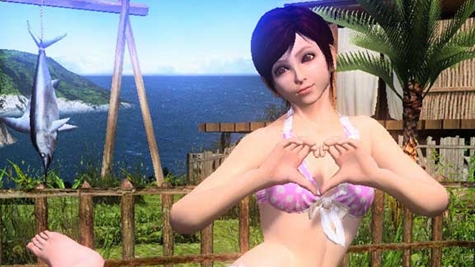 And that said, as a whole, Final Showdown is one of the best values you can get from a fighting game right now. In fact, I could even go so far as to say that it’s the most solid fighting game released so far this entire year, 2D or 3D. I would’ve been perfectly fine paying 40 or 50 bucks for this game, so getting it for 15 (or free, currently, if you have Playstation Plus) is a huge bargain, I think. If you’re a fighting fan, you simply can’t go wrong with picking this up.

And for the $65,000 question, do I think it’s better than Tekken? I still say no. Tekken still gives me more overall enjoyment, from its juggle system to, obviously, it’s characters (I’m sorry Aoi, I like you a lot, and you may have her moves, but you still ain’t Asuka). But, after playing this, I genuinely believe VF5FS is a lot closer to it than I ever thought I’d admit, and I’d happily recommend it over any other 3D fighter currently on the market. It feels great having another solid fighter to sink my time into.

Another rare time where I’m happy to be proven wrong. 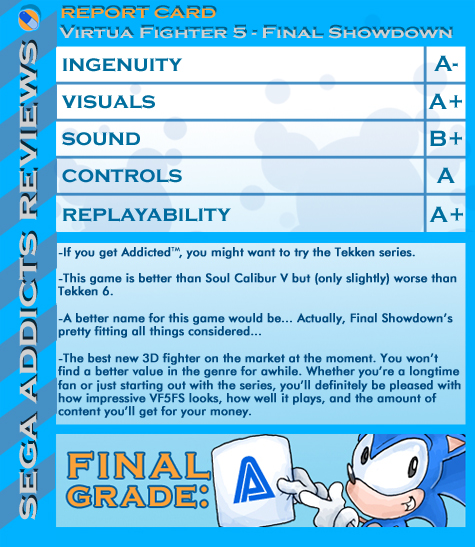