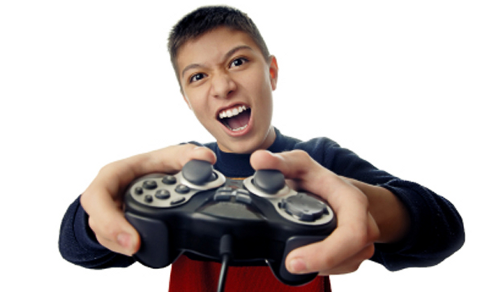 Cancel all your plans and call up the babysitter because What We’ve Been Playing is back and better than ever! If you missed it in the past, this is the feature where every week I will present to you the exact details of what the Sega Addicts crew have been playing in the past week. Mixed in with this is also an opportunity to tell us what you’ve been playing in the comments! So without without further ado (there has been a lot of ado in this article so far and I apologise for that) let’s get on with the show!

Hit the jump to read the return of What We’ve Been Playing!

On Sunday, I finished The Last Story which makes it the first JRPG I’ve finished since Skies of Arcadia on the Dreamcast. I’ve always liked JRPGs but can never finish them as I find 75% of their 60+ hour length to be filler and full of tedious battles and grinding. The Last Story ditches a lot of my problems with the genre by implementing a psuedo-real time battle system and eliminating the need to grind by setting up each dungeon with usually around 5 unique battles in which you level up consistently throughout. The story was still a little cliche for a JRPG but the game looks amazing on the Wii and many of its other improvements to the genre make it stand out quite a bit. Now, I just hope other JRPG developers take some cues from what it did.

I’ve recently purchased Kid Icarus for the 3DS and it’s a love/hate relationship. The on-rails flying sections are a blast and gorgeous to look at and play. The on-foot levels are terrible and nearly ruin the game for me. It’s not that different than my experience with Sonic Unleashed with the contract between daytime and nighttime levels. It’s a hard game to recommend but if you like on-rails shooters it might be worth wading through.

And last, I’m getting towards the end of Bastion on the PC. I don’t really like it very much so I’m glad it’s a relatively short game. The narrator is really the only gimmick I find interesting as the levels, the artstyle and the combat all do nothing for me.

So I’m trying to get through some of my relatively unplayed Wii games before the release of the WiiU, with No More Heroes being first on the list.

I really enjoy looking at this game and watching it being played, which I’ve done in the past, but actually playing it is a different story. It certainly has the style, atmosphere and humour of a classic, but the repetitive gameplay really lets it down regardless of any message developer Suda51 may be trying to make. It’s difficult to defend a game where I’m forced to spend an hour or so mowing lawns and picking up rubbish in order to proceed. We’ll see how I’m getting on with it in a week, eh?

Oddworld series creator Lorne Lanning intends to bring the series back into the spotlight where it belongs with a complete remake of Oddworld: Abe’s Oddysee. The news acted as a real kick up the bum for me to go back and beat each and every one of the games in the series, starting with the first.

The game stood proud as a solid 2D platformer in an era of awkward 3D gaming and as a result has aged pretty well. Sure, some of the sprites and backgrounds look a little worse for wear, but the eerie settings, creepy music and fluid gameplay certainly makes up for it and results in a gaming experience that still manages to make me feel uncomfortable while playing even today. I wish it had quicksave though…

This week I’ve been trying to pass the kidney stone that is Resident Evil 6. I actually traded in my 3DS to play this, so I had to take some real time to will myself through the thing. Certain sections that force stealth and QTEs down your throat are almost unbearable, and most of Chris’s campaign is the same middling shooter scenarios over and over again. Luckily, certain moments (especially in the early portion of Leon’s campaign) work pretty damn well, and while the story is still silly as hell, it fits in with Resident Evil lore far more amicably than Revelations on the 3DS. The problem is that everything about this game feels soulless and absolutely disinterested in anything horror related. It frankly kills that the latest game in my favorite franchise of all time is this disappointing. I already miss you, 3DS. I wanna play Code of Princess!

I’m super late to the game on this next…um…game. Finally, after years of trying to find the time, I got to play some Super Meat Boy on my shitty little netbook. So far, all the legends of teeth-cracking difficulty haven’t seemed to connect yet, though I’ve certainly seen plenty of challenge. As Stevie tells me, that will change veeerry soon. Whatever the case I, like anyone else who’s played it, am absolutely loving Super Meat Boy so far.

For anyone interested, Josh did a guest review of Resident Evil 6 for Press Pause Radio. You can view it here.

First of all I played a little bit of Resident Evil 6 with Josh. That game was… not very good. However it’s still nice to know that even in the shittiest of games, you can still have fun with friends. Even if most of it relies on both of you singing Feed Me from Little Shop of Horrors whilst in a very inappropriate zombie attack. If co-op has done anything for gaming it’s giving gamers a chance to have fun even in an awful game… and even if it’s in a game where co-op is obviously forced in.

Aside from that I played the hotly anticipated Retro City Rampage. What did I think of it after all this hype? Well you’ll have to wait until my review! Aint I a stinker?

Lately I have been basking in the digital goodness of HD re-releases. I recently finished up Jet Set Radio HD and now realize how I never initially beat that game on Dreamcast: holy crap control issues. But it’s still enjoyable to the point that I am going to back to beat my own scores.

Along with JSR, I’ve been playing the NiGHTS into Dreams HD version and loving every minute of it. That game is so beautiful that it’s a wonder it took them this long to give it the shiny coat it deserves. I did quickly breeze through NiGHTS, but I’m making attempts at all the achievements and remembering just how much depth is involved between the A-Life system and scoring through paraloops. It’s so refreshing to play NiGHTS in HD, but still something about me prefers the Saturn version I grew up with. It may honestly be the Saturn 3D control pad since it was made specifically with NiGHTS in mind. Regardless, I love comparing my scores to friends online and still find it hard to believe that I’m going to now enjoy my Christmas NiGHTS tradition every year in HD.

Keeping up with the nostalgia, I have now played my game of the year: Double Dragon Neon. With the simplicity of a brawler combined with slight RPG upgrades, and amazing 80s and 90s references which may rival only Retro City Rampage, I cannot recommend this game enough to anyone who ever played a beat-em-up, or grew up in the 90s. Every little touch from the revival method involving a cassette tape and pencil, to ridiculous 90s lingo, to Skullmageddon’s undying love for Marian makes the game worth more than your entire Pog collection.

Code of Princess arrived last night, brought to me by a haggard looking UPS guy. Ordinarily, his mass of threatening tattoos, unconscionable handle bar mustache, and heavy breathing would have given me pause. But in his grimy hands was a manila package containing what may well be the truest sequel to Guardian Heroes we will ever
have.

I’m only a few minutes into it so far but already I am in love. The graphics are amazing and the second screen can be used to keep your special moves list handy, something that drove me nuts when I was learning new characters in Guardian Heroes. Sadly, I think this game is destined to be a cult favorite but I think it’s going to be a very fervent cult.

And that’s it for the return of What We’ve Been Playing! I’ll see you next week for more fun. Until then why don’t you let us know what games you were playing in the week? Think you’ve been playing anything more interesting than our staff? Prove it. Let’s see if you can top that.

What we’ve been playing: BIRTHDAY EDITION

The SEGA Addicts need your listener questions for episode 35!