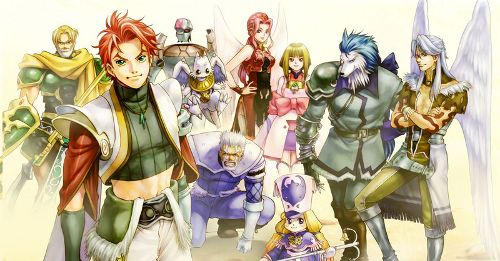 We haven’t seen the franchise for a while in the Western parts of the world, but that doesn’t stop the Shining Force series being hugely popular in it’s homeland. This is apparent by the fact that the newly revealed Shining Ark for PSP is set to be the 21st game in the series.

Shining Ark‘s announcement was made this week in Japanese based gaming publication Famitsu. As well as the Japanese (and probably only) release window of Winter, Famitsu also revealed that the games development is to be handled by the same people who made this years Shining Blade. Unfortunately for us there’s still no sign of this series returning to the West, but at the very least we always have imports which is nothing to scoff at. And who knows, maybe some day Sega will try giving the series a revival over here! Well a man can dream can’t he?

New Shining Force title confirmed to be in development.