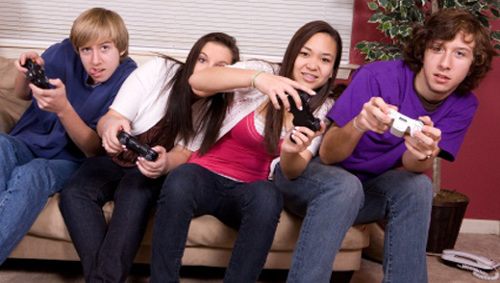 Don’t panic! It’s only the penultimate ‘What We’ve Been Playing’! You know, that thing where I let you guys know what some of writers of Sega Addicts have been up to?

Wait.. it’s the penultimate one? OK EVERYONE PANIC! HIT THE JUMP AND ENJOY IT WHILE IT LASTS!!!

Let me get this out of the way now: The Rayman Legends demo is the best videogame demo I’ve played in a long, long time. I only downloaded it on a whim based on my experience with the MCM Comic Con London Wii U demo, but the PlayStation 3 demo has been very good to me. Two characters and a few extra time attack levels can be unlocked and the fact that progress is saved between plays means I keep coming back again and again.

As to be expected from the sequel to Rayman Origins, Rayman Legends has silky smooth controls that, with a bit of practice, allow you to run, jump and hover through each of the gorgeous levels with the elegance of a gold medal-winning gymnastic cat — that’s a good thing.

I could give a mini review of how much fun the Rayman Legends demo is, but what’s the point? Just go download it yourself with my hearty recommendation! 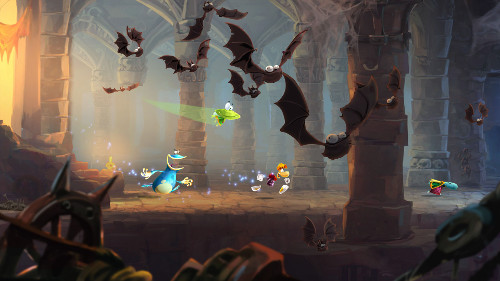 Unless you count the Dreamcast Marathon, I haven’t been playing much other than Shenmue. Preparation for, and the actual marathon itself kicked in a bit of an addiction for that game. I’m searching my house for the mirror at the moment. I glanced at a few online strategy guides for some hints and discovered that I’m skipping tons of side mission-type things, so I need to put my entire search on hold for Lan Di and start calling people and buying more things at Tomato. It’s what my father would want.

I also played a bit more Tokyo Jungle after discovering that you can unlock a velociraptor in the game. That game is surprisingly fun in co-op, but worlds more confusing during big fights. Either way, I’m enjoying it.

So yeah, looks like most of my time has been spent in Japan both in the past and the future! 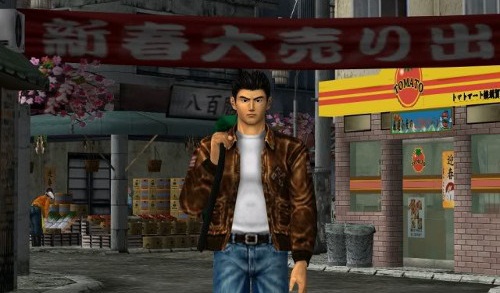 Mike Kyzivat:
I finally finished Fallout 3 after some 200+ hours. I finished the space alien romp, and the last quest I had open was the nuka-cola challenge, so I scrounged around the capitol building and scraped up two more quantums; which turned out to be the number I needed. Thank god because I wasn’t sure where else I was going to get more quantums as I started the quest late and had drank most of the nuka-colas and the quantum. Luckily I was able to steal all the nuka-cola from that girls house and convert it to some quantums too.

Lastly I just started replaying Costume Quest since it is getting to Halloween time (and hell all the spirit stores are open it might as well be Halloween time)  I tried to beat this game way back when it came out, and I had gotten to the final area, the harvest festival. I got the french fry costume to lure kids to the vendor but they wouldn’t follow (WTF!!). Well it turns out that I had downloaded a patch sometime during my play, which had a bug in it that kept you from getting the kids to the fry vendor, which meant you can’t finish the game. The only way to fix it is to start the game over again (oh hell) So here we go Costume Quest take two!…

I’ve been playing a bit of Ravensword Shadowlands on ios. I was craving some kind of open-world RPG on my phone and this seems to be one of the biggest modern titles created recently. I’m liking it so far, but like many RPG’s it is slow in the initial stages.

More importantly, I’ve been playing quite a bit of Hotline Miami on my mac. It’s hard to say anything about this game that hasn’t already been mentioned, but I definitely love it. It reaches a tipping point where it transcends it’s medium and becomes more of an experience than anything else. That being said, it is still incredibly challenging and almost could be considered a twitch game with a bit of pre-planning involved before each run. I love Hotline Miami and can’t wait for the sequel. 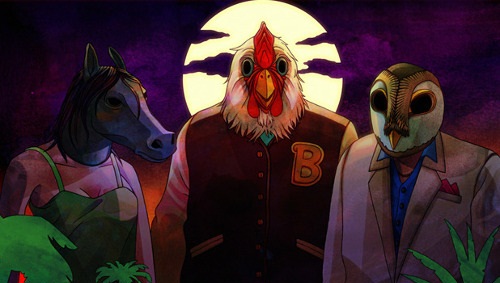 I’ve mostly been playing platformers this week. I started with Kirby’s Return to Dream Land, which is strangely named Kirby’s Adventure Wii in Europe. I mean it’s not a remake of the NES game so why would you call it like that? Anyway, while I enjoyed Epic Yarn, it was not exactly a game I wanted. Appropriately named, Return to Dream Land returns to the basics of the Dream Land games and continues being awesome. Return to Dream Land is just pure fun. If you like videogames in general, then you will probably like Return to Dream Land.

My next stop was recently released Puppeteer on the PS3. It is a very imaginative game, and i’m genuinely happy that it exists. Mechanically Puppeteer feels a lot like Sony’s Little Big Planet series with some floaty controls and physics, but it’s still solid enough for any platformer fan to enjoy. I’m kind of willing to forgive these issues due to game’s originality. Puppeteer does some truly amazing things with its theatrical style.

Believe or not, I still register Wii, DS and 3DS games at Club Nintendo, so I can get me some points for DSiWare. So recently I’ve collected enough for another purchase and decided to buy Dark Void Zero. After booting the game up, I immediately got a strong Bionic Commando Rearmed vibe. And while it’s not as great as that game, it’s pretty damn close! It also looks fantastic. I don’t know why, but sprite-based games look unbelievably good on DSi XL. Ugh, colors, STOP POPPING OUT AT ME I WANNA EAT YOU. 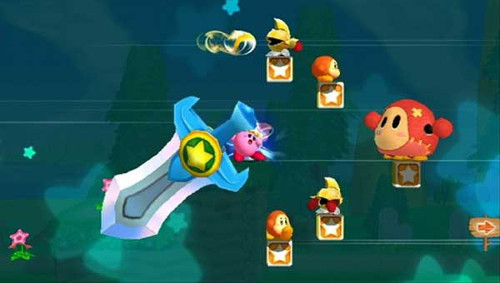 So now that I can actually talk about it, i’ve been playing Amnesia: A Machine for Pigs. And well.. I was kind of disappointed honestly. They really sacrificed some of what made the first game so scary for the sake of the plot. I mean the plot is good at least, but it’s just nowhere near as spooky as I expected it to be… even when I played it at midnight in the dark there were no scares. But if you want the full details I have a review going up on Press Pause Radio soon so look out for that! Oh what a card I am drawing you in like that!

Otherwise I’ve been playing Saints Row 4 and oh my god. This is possibly the best open world game i’ve ever played. The humour, the style, the music…. it’s all just so crazy and fun. It has fucking superpowers and aliens for gods sake! Does GTA have that?

I’m sure i’ll have more to say about it once i’ve played more but for the moment i’m just completely in love. 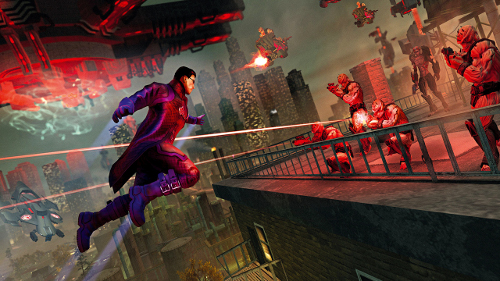 And that’s all for now. Remember to let me know what you’ve been playing in the comments, because it’s your penultimate chance to do so! See you next week for the finale, until then keep panicking!