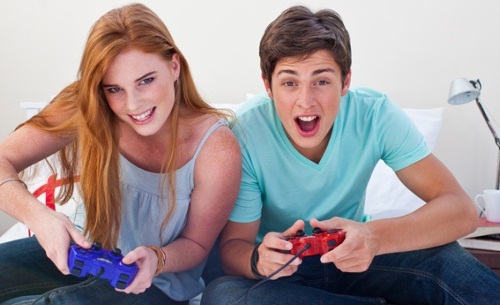 Well it’s that time of the week yet again so batten down the hatches and get ready to read about what the writers of this website have been playing recently! What’s that metaphorical reader? You don’t care? Well first of all: How dare you be so rude. And secondly, you don’t have to worry too much because next week we will be replacing this section for a while with another run of Sega Addicts Speak!

So if you’re bored of reading about our free time why don’t you join us next week to read about our opinions instead? And if that’s not your sort of thing you still have this article left to interact with us. Ain’t that sweet? Well let’s get the ball rolling… hit the jump for the series finale of What We’ve Been Playing!

More and more Shenmue for me. Exploring my basement now. I will avenge my fathers death!

I also I bought a few more Dreamcast games and jumped into those a bit. Pen Pen Triicelon is an interesting racer that tries to be an adventure games at times. I need to try the game with some friends before making my final judgement on it, but it’s so colorful and happy that it’s hard to see any faults in the game.

I also picked up Expendables. I can best compare this game to Neo Contra, or if you’re not familiar with that it’s basically a run & gun game with constant explosions, evil aliens, and machine gun/lasers/rockets. Overall, an absolute nonsensical joy to play. It’s like a Die Hard movie of videogames.

I’ve also been jumping in and out of the Rayman Legends’ Daily Challenges. They’re fun little 5 minute romps, if I don’t have time to set aside for the main game. Some of the challenges are as simple as the Time Attack mode from Sonic Generations, so it’s pretty easy to jump in and play for a few minutes without getting too sucked in. 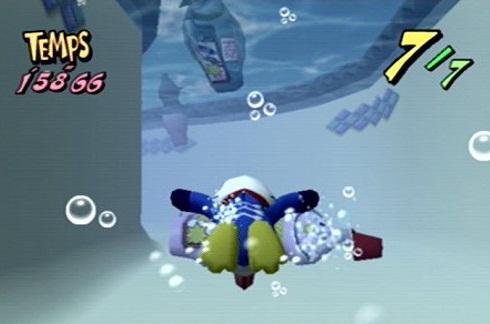 I’ve recently took advantage of the ‘Game with Gold’ program through the Xbox 360 and have downloaded Rainbow Six Las Vegas. Hopefully this will wain me off of Madden 25 for a bit, although that is hard during football season. Not much into it as of yet but if it’s anything like the other Rainbow Six shooters I’m sure I will enjoy it a lot.

More of my time has actually been spent on the mobile front surprisingly. I’ve been playing Kingdom Rush on iPhone and it’s been a blast. It’s a great tower defence game with some good balance. It’s a bit too easy at times but the elite challenges after completing the main story can really offer a bit of a challenge and frustration. Getting to wave 19 of 20 and failing really makes me want to pull my hair out… but what else do I have to do during downtime at work? 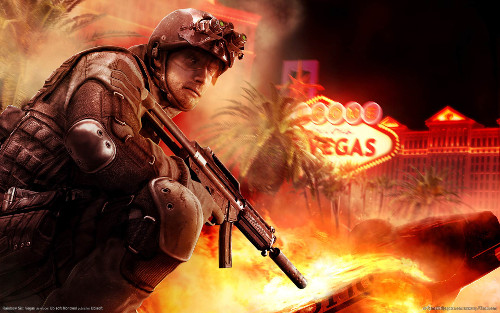 This week I finally got my hands on Rayman Legends. The Wii U version was delayed for some strange reason in Russia, so I had to wait and suffer. And it was worth it. The gamepad stuff is so well-implemented that is actually makes the game better. So,I’m glad I didn’t buy the other versions (I really wanted to). Oh, and the game itself is just pure joy. I especially love the Kung Foot minigame. I spent a lot of time playing in this mode with my sister.

I also spent a couple of hours with Grand Theft Auto 5. I honestly don’t even know what to say about it. It’s GTA. $800 million in the first day is very impressive, though also kind of depressing. 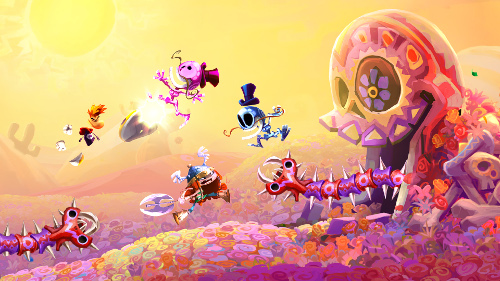 Like everyone else on the entire planet I’ve been playing Grand Theft Auto 5. It’s a dizzying game, huge in scope and content, spanned across three characters with hours of gameplay. Yet I find myself remaining more fond of the previous instalment. Yes while Grand Theft Auto 4 had a weird tonal inconsistency with wacky billboards and a gritty story, overall it had many more interesting themes than this game seems to have. Say what you want but Niko Bellic’s depressing deconstruction of the American dream just seems to have so much more relevance to the world than GTA 5’s musings on masculinity. It’s just a bit… bland I guess. Nothing really grabs me just yet and I’m not finding any of the plot points exciting.

I know it’s weird to be talking about the story when it seems like no one else is really concentrating on that, but it just sticks out to me because that’s all I’m really in it for. This game has the highest videogame budget ever and I’m expecting a gold standard experience, but unfortunately the plot just isn’t cutting it yet. Maybe there’s some more to come but at this moment I’m not that impressed by the writing.

However I am impressed by Saints Row 4‘s writing because holy shit is that game is amazing. It’s hilarious in both gameplay and story which really sets it apart. I don’t really want to say anything because I don’t want to ruin any jokes. Just play it. It’s hilarious.

…and yes that does mean I think Saints Row 4 has is better written than Grand Theft Auto 5. 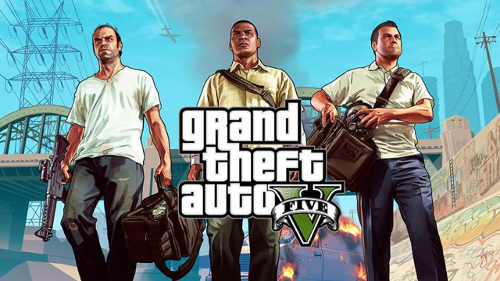 Yes, we really are going to end this run of What We’ve Been Playing with an obviously controversial statement like that. It makes for an exciting finale!

But alas this is it dear reader: Your final chance to let us know what you were playing in the week. Don’t worry, after the next run of Sega Addicts Speaks this might return… but not in a way any of you will expect…

Well actually it’ll be just the same. I just wanted to end this on a mysterious note.