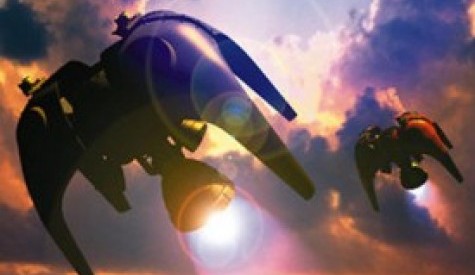 I guess the floodgates have opened, people.  First Treasure promises us not one but two versions of Guardian Heroes in the upcoming XBLA release.  Now they’re offering the same with Radiant Silvergun.  In addition to the ultra-rare super-expensive uber-awesome Saturn version that includes anime cutscenes and dialogue, this XBLA release is going to include the original dialogue-free arcade version as well.

The price has also been announced as 1200 MSP (15 smackers).  If you complain about that price, I will find you and I will punch you.  Open a new tab, go to eBay, type in Radiant Silvergun.  eBay has been pre-programmed to laugh smarmily as soon as you click “Search”.  Your computer will then don a top hat and monocle, all the while chiding you for even suggesting that you could afford such a luxurious token.  “MMMMmmmThis will surely be a capital story for the fromage party,” it will say.  Rich people say that, right?