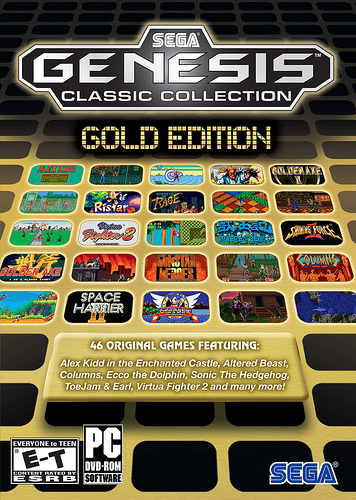 I’m not sure if I’ve ever told you guys that I love PC gaming, but I love PC gaming! So when I first heard that Sega was making this collection for PC I was incredibly excited. Well the collection is out now! Want to see what I think of it? Hit the jump to find out!

This collection is huge. Forty-six games for the price is a steal as far as I’m concerned. The games included are the same ones we always see in these collections, but that’s ok if you don’t already own one. The collection does feature some games which were confusingly left out of Sonic’s Ultimate Genesis Collection. Toejam and Earl 1 and 2 as well as Gunstar Heroes are on it. This makes the games included that much better than that of The Ultimate Genesis Collection for consoles. 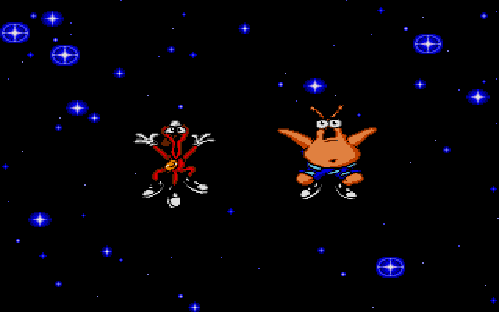 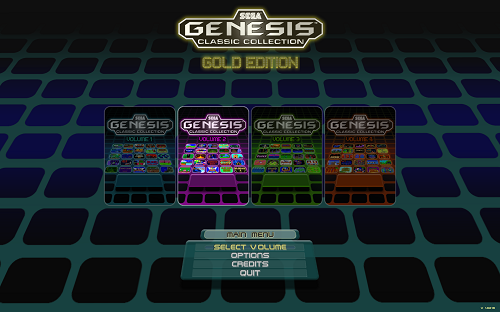 Told you it was ugly

The games support multiplayer, but unfortunately its local. I know it may be a lot of me to ask for online multiplayer, but I would absolutely pay extra for something like that. The other problem with local multiplayer is cramming you and someone else on the horribly mapped keys. While you can remap them, it never worked when I tried. I spent forty minutes with a friend trying to make the remapping work but it never would.

This brings up another point, these games really aren’t fun to play on a keyboard. While I can’t fault the collection for this, you will find it so much more enjoyable if you have a game pad for PC to play with. Another minor annoyance to me is the fact that I have to have the CD in my drive for the game to run. While this isn’t a problem when I play at home, it does get annoying when I play with my laptop on the go. 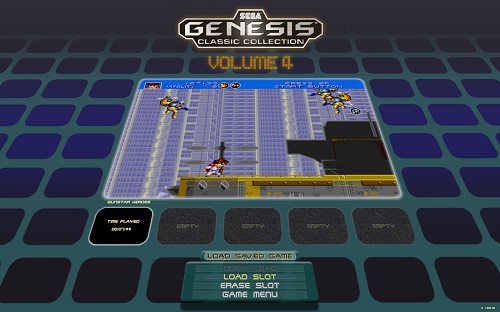 The save state feature is amazing. I don’t have the same patience I did when I was a kid, and starting a game from the very beginning every time is incredibly annoying now. Being able to pick up where I left off really allows me to beat a lot of these games again. It’s a good thing they included it as well. If they want people to not illegally emulate games and instead buy this collection for their retro gaming needs, they need to make sure they support the same features that console emulators on the PC do.

The emulation of the games feels solid. The sound and video quality all feel as good as emulated games can. For those interested in running their games through a filter, the game supports it. However those who enjoy playing the games the way they should be, without filters, will be glad to hear that you can turn them off. Sorry Mac owners, the game doesn’t work for you. What did you expect though? You do own an inferior Mac. 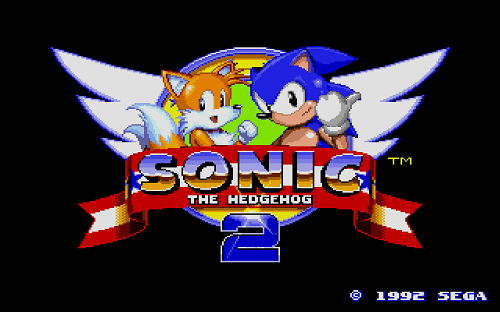 Guess what! This game is on it!

Giving this game a score is rough for me. As I mentioned I love playing PC games and do most of my gaming with my computer. However the ugly UI, lack of cool unlockables, and terrible keyboard controls all make the console collection the superior product. However, if you don’t own a current gen console this collection is a must have for Genesis fans.

Sega Genesis Classic Collection gets a B.